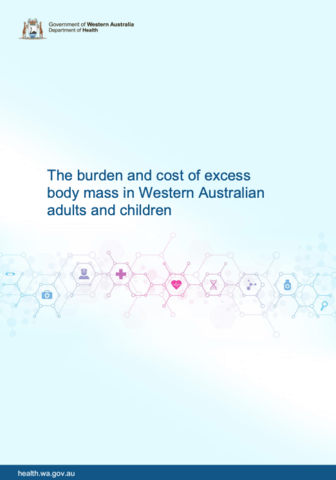 Adult obesity in Western Australia (WA) has risen steadily from 21 per cent in 2002 to 32 per cent in 2018. Nationally, the number of adults living with very severe obesity has increased by nearly one-third since 2014–15.

This report applies a methodological approach based on the Global Burden of Disease Study and the Australian Burden of Disease Study to describe the burden and cost of hospitalisations in WA in 2016 and mortality in 2015 that is attributable to excess body mass. The potential impacts of excess body mass in a decade’s time are also predicted, and an estimate of the burden and costs that could be avoided if the prevalence of excess body mass were to stabilise or to reduce, in comparison to the current increasing trend continuing.

The costs provided in this report provide a robust estimate of direct inpatient admission costs only. Costs from emergency department presentations, pharmaceutical costs, and outpatient health care costs are not included. The costs estimated in this study represent a portion of the total health system costs and do not include personal costs to individuals or costs to the community and economy, such as labour and productivity losses.

Overweight and obesity among adolescent refugees and migrants arriving in Australia: a review of the literature

Obesity prevention in children and young people: what policy actions are needed? 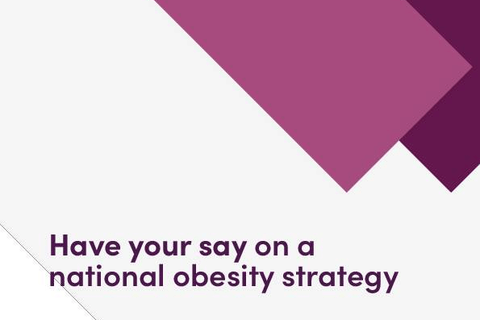 Have your say on a national obesity strategy: consultation paper

Overweight and obesity in Australia: a birth cohort analysis

Worldwide trends in body-mass index, underweight, overweight, and obesity from 1975 to 2016: a pooled analysis of 2416 population-based measurement studies in 128·9 million children, adolescents, and adults

Policies influencing the provision of healthy food and drinks in local government‐owned sport and recreation facilities in Victoria, Australia