Respect for people is key to Lean-driven culture change

Most of us know Lean, and the emphasis on removing waste to deliver higher value. What's been largely missing in the translation of Lean from Japan to the US is the idea of respect for people as a foundation for that work. When Lean works best, it reflects the twin pillars of continuous improvement and respect for people. Professor Yasuhiro Monden, in the 1983 publication Toyota Production System, wrote, ''At Toyota, respect for humanity is a matter of allying human energy with meaningful, effective operations by abolishing wasteful operations. If a worker feels that his job is important and his work significant, his morale will be high; if he sees that his time is wasted on insignificant jobs, his morale will suffer as well as his work.'' Toyota is widely viewed as the founder of Lean as a production system, but Lean thinking actually originated decades earlier with a desire by the Toyoda Automatic Loom Works to be respectful of people.

The author and the Lean Construction Blog share the copyright of the posts. The same content may be posted in other media as long as the LCB is referenced as the original source and only after the post has been published on the LCB. 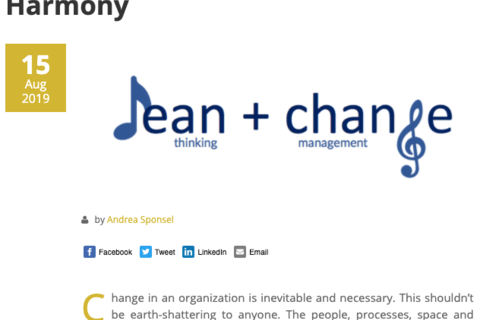 The future of Lean: Four disruptors of the decade