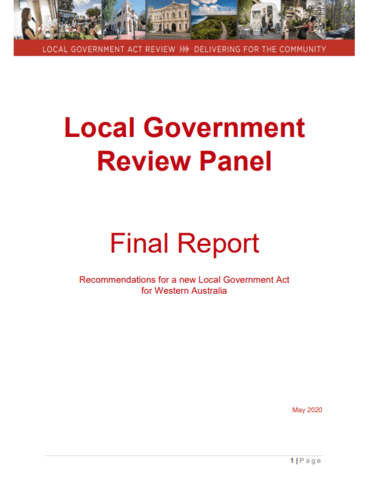 In 2017 the McGowan Government announced a review of the Local Government Act (1995). This is the most significant and comprehensive reform of local government legislation conducted in more than two decades. The objective is for Western Australia to have a new, modern Act that empowers local governments to better deliver for the community.

Given the breadth of matters covered by the Local Government Act, a staged approach to the review has been adopted:

Extensive community consultation was conducted on stage two topics between September 2018 and March 2019 by the Department of Local Government, Sport and Cultural Industries (the Department) with the input of a stakeholder reference group.

After this significant community and sector consultation to better understand the issues confronting local government, the areas in need of reform and possible options for reform, a panel of experts was formed to provide more detailed consideration and to develop policy responses to guide the development of the new Act. The role of the Panel was to guide the review’s strategic direction and to consider and recommend high level guiding principles of the new Act. 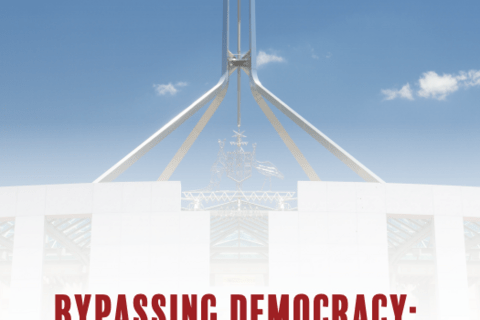 Bypassing democracy: a report on the exemption of delegated legislation from parliamentary oversight

Working together: one public sector delivering for WA

Design, implementation and monitoring of reforms to services on Norfolk Island

Delivering for citizens: how to triple the success rate of government transformations