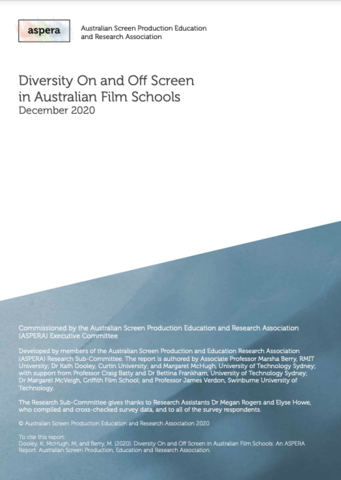 Diversity on and off screen in Australian film schools

This report outlines the results of a national survey measuring levels of diversity (in gender, gender identity, cultural background, disability status and sexual orientation) on screen and behind the camera in Australian university capstone or culminating screen production units during 2019.

The report was commissioned for the benefit of screen/media education, research and industry stakeholders in Australia and beyond.

Data received from 17 universities offering screen production programs and/or TEQSA accredited film schools across Australia has been compiled to provide insight into the nature of diversity in storytelling and behind the camera.

The survey results reveal that, firstly, while close to even numbers of male and female students are completing capstone projects at film schools, crew roles are indeed gendered. The skew towards a particular gender is most pronounced in the roles of cinematographer and sound designer (male dominated) and producer and production designer (female dominated). Other roles, while less skewed, also show a larger percentage of males occupying them.

Secondly, the survey results reveal that diversity on screen in capstone projects is limited. While there is an even split of male and female lead characters in capstone student projects, the diversity of characters is low or minimal in the other categories surveyed (cultural background, principal language spoken, disability status, sexual orientation).

The report also collates instructor strategies for the fostering of diversity in the screen production classroom.

It is hoped that this data will lay the foundations for further research and the introduction of measures to address diversity at film schools, and in the Australian screen industries going forward.

Losing the plot: Do multicultural ghettos inside our film, TV and stage industries affect how culturally diverse communities see themselves?

Leading for change: a blueprint for cultural diversity and inclusive leadership revisited

Seeing ourselves: reflections on diversity in Australian TV drama

Leading for change: a blueprint for cultural diversity and inclusive leadership 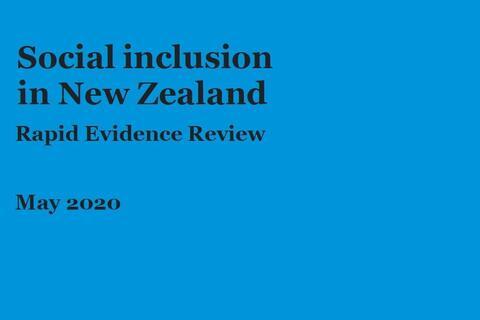 Shifting the balance: cultural diversity in leadership within the Australian arts, screen and creative sectors