This is a publicly available unclassified version of the highly classified report that The Australian Security Intelligence Organisation (ASIO) presents to the Attorney-General annually.

ASIO is the only member of the Australian Intelligence Community to release such a report. The report provides insight into ASIO’s activities throughout the reporting period.

Terrorism continued to present the most immediate threat to the security of Australians and Australian interests. September 2011 marked the tenth anniversary of the 9/11 attacks in the United States and in October 2012 we will commemorate the tenth anniversary of the tragic terrorist attacks in Bali. A decade on, while Australia is undeniably one of the safer countries in the world, the unfortunate reality is that the threat of terrorism remains real and persistent and therefore represents the greatest focus of ASIO’s attention.

In keeping with the trend of recent years, the threat of home-grown terrorism remains a principal concern. Groups or individuals in Australia engaged in terrorist planning with little or no direction from established international extremist groups. At the same time, we witnessed in Norway in July 2011, the appalling loss which can be inflicted by a ‘lone actor’ terrorist—this incident also serves as a reminder that extremism exists in a broad spectrum of ideologies.

In 2011–12, together with law enforcement and other national and international partners, ASIO was involved in disrupting terrorist planning in Australia, in preventing Australians seeking to travel overseas to engage in terrorist training and in countering violent extremism amongst the Australian community.

Espionage, including via cyber means, also continues as an enduring and first-order threat to Australia’s security—targeting not only government departments and agencies, but key commercial enterprises and industries. The hostile and pervasive nature of this threat required increased cooperation and coordination with domestic and international partners, as well as active engagement with elements of nationally critical industry.

The High Court and the Parliament: Partners in law-making, or hostile combatants? 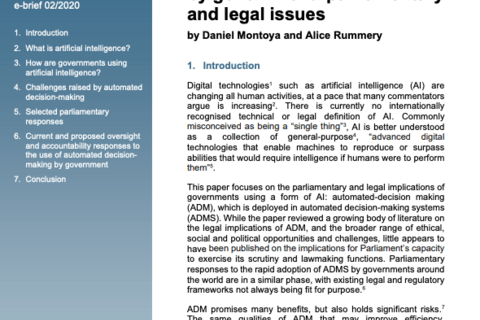