Traditionally, the transition from school to work has been important for young adults, and turning 21 was recognised as the marker of adulthood in Australia, when young people had jobs—and even families of their own. Social and economic changes over the past 30 years or so have made the transition from school to work more complex and less clear-cut. This report documents the factors that shape the lives of 123 young participants in the Life Chances Study, as they turn 21.

•    Stereotypes about young people obscure the diverse and complex lives of 21-year-olds. This diversity is shaped by family income, gender, ethnic background and resources. The 21-year-olds included university and TAFE students, full-time and part-time workers, young parents and jobseekers. Many were both studying and working.

•    Those with fewer resources were more likely to identify as adults. They faced challenges that those with more resources could avoid. While some welcomed adulthood, others felt the burden of responsibilities.

•    21-year-olds continued to rely on their families for advice, and emotional and financial support. The unequal access to resources reinforced inequalities because even though most had jobs, many still relied on their parents’ financial support—if they could.

•    Disadvantage need not be intergenerational. Disadvantage or advantage persisted for some families, but not for all. Childhood in a low-income family did not necessarily condemn children to continuing disadvantage.

•    Definitions of a ‘successful’ transition must take into account young people’s multiple activities and their wellbeing. Most 21-year-olds aspired to full-time employment. In this study, most of those who did not have a job and were not studying or in training had caring duties or mental health issues. Labelling these young people as ‘disengaged’ does not sufficiently capture their level of activity or wellbeing.

•    Transitions for 21-year-olds are uncertain, but the social and economic resources needed to address this uncertainty are not evenly distributed. Those from high-income backgrounds with strong social supports had greater ‘choice’ while negotiating their pathways than those from lower income backgrounds.

•    Policies need to address multidimensional disadvantage. The findings have implications for addressing socioeconomic inequalities as well as for targeted career and vocational guidance.

The Life Chances Study is a unique longitudinal study initiated by the Brotherhood of St Laurence in 1990 to explore the impacts of family income and associated factors on children over time. It commenced as a study of 167 infants born in inner Melbourne and has followed the families as they have moved elsewhere.
In stage 10 of the study we surveyed 123 young people and their parents to see how they were dealing with the important transitions towards adulthood. We also undertook 25 interviews to explore their situations in more depth.

Now we are 21: an overview of the longitudinal Life Chances Study 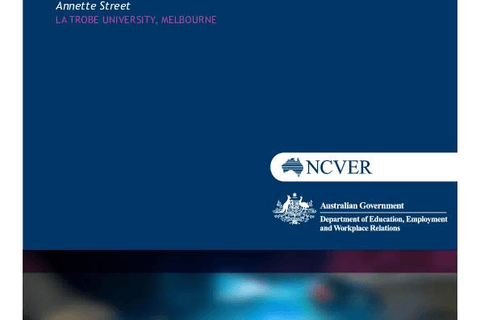 Rarely an isolated incident: acknowledging the interrelatedness of child maltreatment, victimisation and trauma

Me, myself and I: identity and meaning in the lives of vulnerable young people