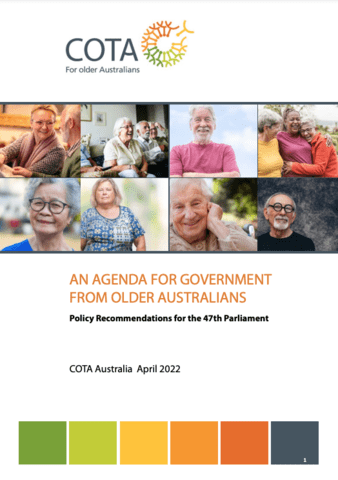 An agenda for government from older Australians

COTA Australia has prepared this document to describe the policy opportunities for the 47th Parliament of Australia to improve the lives of older Australians.

Ageism and negative messages about ageing are widespread in Australia. Research conducted by the Australian Human Rights Commission (AHRC) in 2021 suggests that 83% of Australians believe that ageism is a problem in Australia, and that 63% had experienced it in the previous five years. This ageism is expressed in many ways including, laws and policies that harm older people, employment discrimination, being excluded from health and other services, and social isolation.

Elder Abuse is widespread, poorly measured, and often difficult to recognise. While most often reported on when it occurs in institutional settings such as nursing homes, elder abuse is far more common, and far less reported, in the community, often from family members.

Retirement income policy is occasionally treated as a political football in Australia. Rather than playing politics, COTA Australia would like to see straightforward policy changes to make the system fairer, and more effective.

A major process of transformative reform is underway after the recent Royal Commission into Aged Care. A new human rights based Aged Care Act should increase the rights of older people, improve transparency and place the older person at the centre of the care delivered.

Finally, a whole of government ageing strategy would ensure initiatives for older people are better coordinated, and agism doesn’t impede good development and delivery of services. 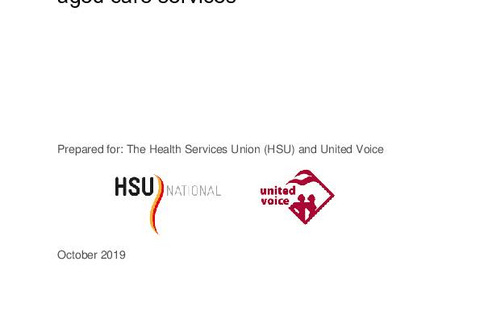 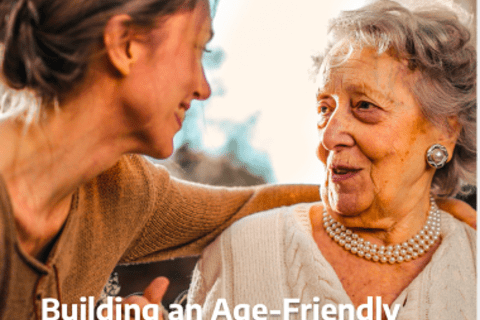 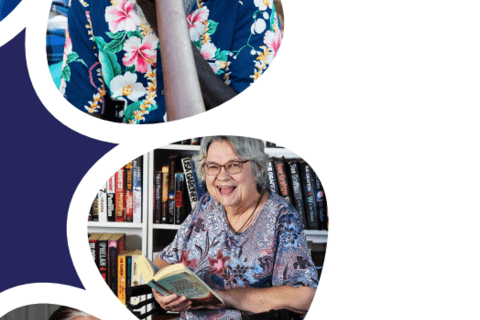 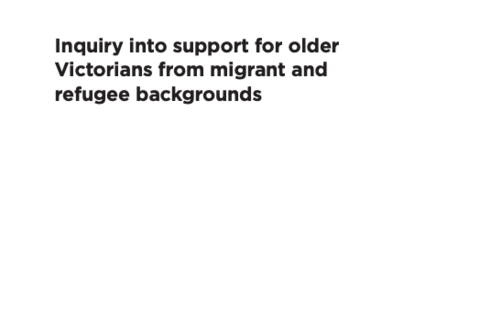 Providing aged-care through a tv screen 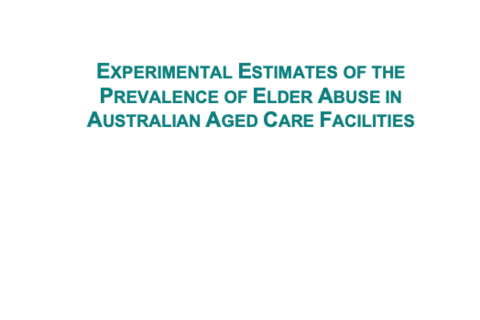