All hazards: digital technology and services for disaster management

This report details the CSIRO's research into digital technologies and services for disaster planning, preparation, rescue and recovery.

Natural disasters have increased in severity and frequency in recent years. In 2010 alone, 385 natural disasters killed over 297,000 people worldwide, impacted 217 million human lives and cost the global economy US$123.9 billion.

Similarly, Australia is encountering an increasing number of natural disasters including floods, bushfires and cyclones. Other natural and human induced hazards are increasing in frequency and severity including storm surges, droughts, heatwaves, and earthquakes. They cost more than $1.4 billion damage each year to homes, business, and the nation’s infrastructure, along with serious disruption to communities.

Because we live on coastlines and in the bush, and we’ve built our houses and necessary infrastructure in these high-risk regions, such damaging natural disasters put many people’s lives and properties at stake. Victoria’s 2009 Black Saturday Bushfires and Queensland’s 2011 Brisbane Floods are recent devastating examples.

In addition to the recognised effects of climate change in Australia, such as increasing frequency and severity of storms, intense rainfall, extended drought and heatwaves, our expanding population is residing in areas progressively more prone to natural disasters and unpredictable weather events. 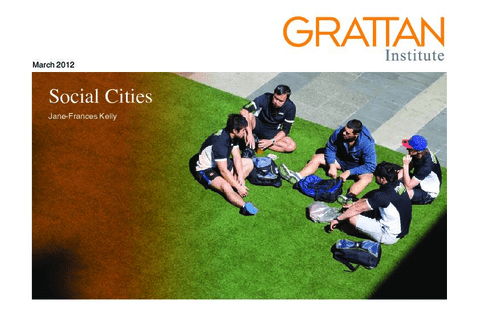 Green buildings could save our cities

Power, mobility and diaspora in the global city

Towards an e-Infrastructure for urban research across Australia

Smart cities for all: a vision for an inclusive, accessible urban future