Why don’t we design better suburbs?

DESPITE the growing popularity of what we used to call “home units,” over three quarters of the population still lives in detached houses in the suburbs. Town planners, architects, engineers, state governments and most local governments keep telling us that we should consume less land and live in denser neighbourhoods, but this book is another reminder that a lot of us still want homes with gardens. Large apartments with water views or inner city locations might have proved attractive to double-income households and some wealthy retirees, but many flat dwellers are there out of necessity rather than choice.

Designer Suburbs makes an ambitious attempt to span two quite different kinds of detached housing: modernist, architecturally designed houses built on spectacular sites, and the mass-produced houses, usually built according to a formula with limited architectural input. The book opens with a bevy of tempting images, juxtaposing the conservative designs celebrated by the Australian Town Planning Conference at the end of the first world war with the Walter Burley Griffin’s low, flat-roofed houses built from concrete and local stone in a Castlecrag landscape where most trees have been felled by nearby residents for firewood. There follows a luxurious colour double-spread of Le Corbusier’s Villa Savoye (completed in 1929) in the Paris hinterland, along with Phillip Johnson’s almost transparent Glass House in Connecticut (1949). Echoes of both can be seen in the Rose Seidler house at Turramurra (1950), designed by her son, Harry, who had migrated to Australia soon after graduating in architecture from Harvard. The house, now owned by the Historic Houses Trust, is celebrated in Sydney with an annual 1950s fair.

The text, befitting a fruitful collaboration between an architect and a social historian, doesn’t shy away from the less dramatic housing options for the plebs, including plans developed by manufacturers Wunderlich and James Hardie using the new wonder material, asbestos, because it is “economical to build and delightful to live in.” As they observe, some of these houses were very small – a sixty-square-metre fibro cottage among them – but this was a time when tens of thousands of owner builders lived in makeshift garages while they built their “proper” house with the help of neighbours and the odd carpenter.

With rapidly growing car ownership meaning that many families could have a sticky beak on the weekend, home shows and model display villages loom large in this account. “Futurama” opened in the Melbourne suburb of Mount Waverley in 1959, offering fifteen fully furnished homes in an American-style display village. Building companies, furniture retailers and building-material manufacturers sponsored the village, which boasted a children’s playground to give mum and dad time to put a £65 deposit on a furnished home on their own land. Increasingly, new companies offered house-and-land packages so that purchasers simply needed to get a single loan from the bank. Second world war veterans were offered low-interest loans over repayment periods of up to forty years. It was the heyday of egalitarian housing in Australia.

For a nation still besotted with home ownership, we have remarkably few books that focus on the dwellings we live in.

The value of design: a discussion paper 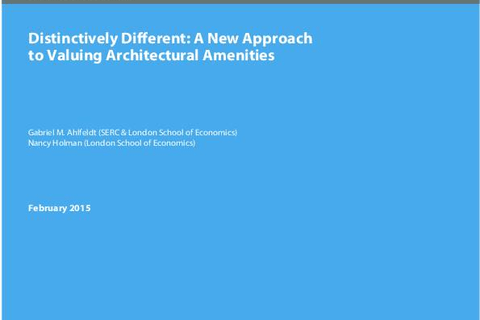