Uranium mining and export have always been deeply divisive issues within Australia. Of primary concern among the Australian public has been the reconciliation of uranium export with nuclear non-proliferation and disarmament . To that end, few decisions were as comprehensively unpopular with the Australian electorate as the one to open uranium exports to India while it remains a non-party to the Nuclear Non-Proliferation Treaty (NPT) . In August 2007, Prime Minister John Howard decided to support the export of Australian uranium to India. This policy was subsequently reversed when Kevin Rudd was elected Prime Minister before any agreement could be reached. After Rudd was ousted, Julia Gillard sought to change the Australian Labor Party (ALP) national platform to allow uranium export to India ; a move that was especially unpopular in the Labor rank-and-file.

The debate at the ALP National Conference saw the Labor Left faction come out uniformly against the move, with one Labor Senator beginning his dissenting speech with an unequivocal “Prime Minister, you are wrong” to the rapturous applause of those present. The most common argument made against exporting uranium to India has been that it undermines Australia’s non-proliferation credentials by allowing export to countries that are not members of the NPT. Ultimately, the motion to grant an exception to India passed on the conference floor by a slim majority, 208 in favour with 185 against. This handed Prime Minister Gillard an important victory, having taken some profound political risks. Clearly she believed there were significant national imperatives that justified the expenditure of limited political capital.

This article argues that it is possible for a bilateral uranium export deal between Australia and India to support nuclear non-proliferation and disarmament objectives; and that arguments against this are based upon misconceptions regarding the role that uranium supply can play in shaping the nuclear behaviour of recipient states.

Australia’ s uranium export policy should be conceptualised in terms of the nuclear legitimacy sought by and conferred upon recipient states. Applying this concept to the proposed agreement with India, it is recommended that export be linked to an undertaking by Ind ia to ratify the Comprehensive Nuclear-Test-Ban Treaty (CTBT), conditional on CTBT ratification by the United States. 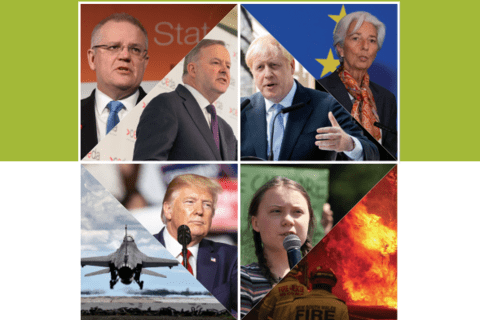