Effectiveness of current regulatory arrangements in dealing with radio simulcasts

On 21 March 2013, the Senate referred the following matter to the Environment and Communications References Committee (the committee) for inquiry and report by 1 June 2013:

The effectiveness of current regulatory arrangements (under the Broadcasting Services Act 1992 and the Copyright Act 1968) in dealing with the simultaneous transmission of radio programs using the broadcasting services bands and the Internet ('simulcast'), including:

(b) any related matter.

The committee received 16 submissions (see Appendix 1 for a list of submissions). Based on the quality of evidence in written submissions, the committee resolved to prepare its report without holding a public hearing. The committee also asked specific questions of the Department of Broadband, Communications and the Digital Economy (DBCDE), the Attorney-General's Department (AGD) and other key stakeholders to address concerns and queries.

The committee recommends that the Minister for Broadband, Communications and the Digital Economy seek to resolve the ambiguity in the existing determination, either through a new determination, having regard to any other potential consequences of such action, or by negotiating a satisfactory agreement between the two key stakeholders pending a comprehensive response at the earliest opportunity to the findings of the Convergence review, ALRC review and other outstanding issues regarding the interaction of broadcasting and copyright law.

The committee recommends that the Minister for Broadband, Communications and the Digital Economy and the Attorney-General fully and urgently address in a comprehensive and long-term manner all of the related broadcasting and copyright issues identified in numerous reviews, and by many stakeholders, following receipt of the ALRC review later this year. 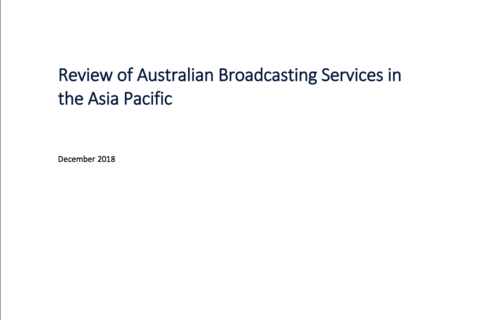 Review of technologies for digital radio in regional Australia

Regulating media and broadcasting networks in a changing media environment