Media reform: in shallows and miseries

This paper recounts the story of the 2013 media reforms - their introduction, the hurried investigations which attempted to explore their intentions and possible outcomes, and their eventual demise.

As a result of an investigation into the British media following allegations of corruption, the Australian Government announced in September 2011 that it would instigate an independent review into certain aspects of media regulation. In addition to this inquiry, the Finkelstein Review, the Government set up a committee (the Convergence Review Committee) to consider the effect convergence was having on the Australian media landscape.

The findings of the Finkelstein Review and the Convergence Review Committee were presented to the Gillard Government in the first half of 2012. The inquiries essentially recommended that the Government adopt a new approach to media regulation. As the Convergence Review Committee summarised the situation: media content and communications technologies have outstripped existing media policy frameworks, and as a result, ‘many elements of the current regulatory regime are outdated or unnecessary and other rules are becoming ineffective’.

During the time the Government took to contemplate the recommendations of the Finkelstein Review and the Convergence Review Committee, media stakeholders warned against accepting what they saw as radical attempts to overhaul the media environment. While these stakeholders were more accepting of the Convergence Review’s conclusions, in general they argued that if the Government unquestionably agreed to the recommendations of either review, the result would be that the freedom of the press would be restricted. This, in turn, would give governments the power to manipulate and control the flow of information to the public—and consequently, undermine democracy. Other groups, however, were pleased with Finkelstein’s and the Convergence Review Committee’s findings and recommendations. They saw no contradiction between certain types of regulation and freedom of the press. Indeed, they saw a positive and ongoing role for government in maintaining and supporting ‘a free, diverse and responsible exchange of information, opinion and ideas to ensure the maintenance of a democratic polity’.

Depending on the Government’s response, there was potential therefore for any attempt to reform the media based on recommendations from Finkelstein or the Convergence Review Committee to be controversial and divisive. And so it was. The introduction into the Parliament on 13 March 2013 of a package of Government media reform Bills was both controversial in its manner and its expectations, and divisive in its content. For two weeks it continued to be divisive, as stakeholders debated the failings and merits of the package. For two weeks it continued to be controversial, as claims and counterclaims about how it would undermine freedom of speech or enhance diversity of views and democratic discourse were argued.

This paper recounts the story of the 2013 media reforms—their introduction, the hurried investigations which attempted to explore their intentions and possible outcomes, and their eventual demise—to reveal a policy, which for many, complicated reasons, did not take the tide towards good fortune, but mired in the misery and shallow waters of failed policy.

By the numbers: tracing the statistical correlation between press freedom and democracy 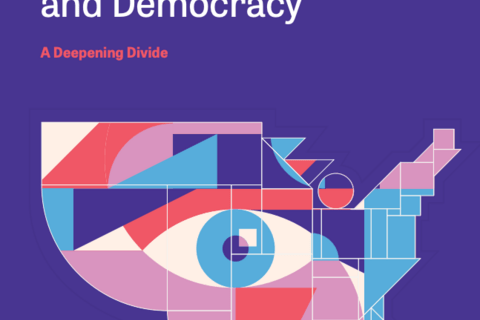 What's new? Democracy, politics and the role of the media

News use across social media platforms 2017

Measuring media coverage of electricity public policy in New Zealand for the period 2006-2007: a new approach