NSW trade with South Korea: outcomes for exporters from the KAFTA

Examining the current extent of trade between South Korea and Australia (specifically New South Wales), this paper argues that there is likely to be significant value from the Korea-Australia Free Trade Agreement (KAFTA), particularly for agricultural exporters.

The Republic of Korea (South Korea) is one of the most significant trading partners for Australia, and specifically New South Wales, ranking 3rd as an export and 7th as an import destination nationally and at the State level.

Given this, there are likely to be significant economic gains for both countries once the Korea-Australia Free Trade Agreement (KAFTA) is formalised. According to the Department of Foreign Affairs and Trade, the agreement will result in a $653 million a year boost to the Australian economy.

There will be a number of significant tariff and non-tariff economic gains from this agreement for both South Korea and Australia. The envisaged boost to Australian exporters comes as the KAFTA will see import tariffs in South Korea removed on the majority of exports. South Korean exporters will experience similar benefits once Australian import tariffs are removed. In the non-tariff area, Australian telecommunication companies will be able to have much greater control over South Korean service suppliers and Australian financial service suppliers will be able to open in South Korea. It will also be easier for South Korean companies to invest in Australia, with the foreign investment review threshold to be increased from $248 million to $1.078 billion.

The NSW Department of Trade and Investment, which identified South Korea as one of the State’s top ten priority markets in the NSW International Engagement Strategy, welcomed the announcement that Australia had concluded the KAFTA negotiations.

This paper will specifically estimate the value from tariff reductions as they relate to merchandise exports. Its main finding is that, over the period of implementation, there is likely to be significant value for Australia (and New South Wales) from this FTA, particularly for agricultural exporters. As a preliminary to that analysis, this paper examines the current extent and nature of trade between South Korea and Australia and, more specifically, between South Korea and New South Wales.

It should be noted that this paper relates only to tariff reductions under Chapter 2 of the KAFTA. Economic gains related to other components of the KAFTA (e.g. from easing of foreign investment regulation and reductions to barriers in other non-merchandise trade) are not estimated. While there are significant potential benefits for Australian exporters from the KAFTA, it may impact negatively on domestic business in terms of increased competition resulting from cheaper South Korean merchandise imports. This aspect of the KAFTA is not assessed in this paper.

An investigation of the enablers and barriers to industry uptake of e-learning: Small business: Executive Summary 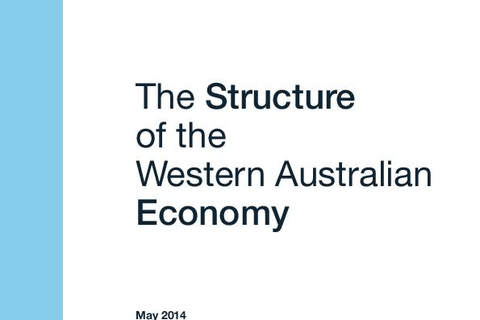