This report recommends a change to the way consumers pay for the network that carries electricity from generators to homes, so that it better reflects the cost of running the network.

Australians are paying too much for power. In the five years to 2013, the average household power bill rose 70 per cent: from $970 to $1660 a year. The prices we pay are also unfair: some people are paying more than their fair share. These consumers are paying on average about $150 a year more than they should to subsidise other consumers. To get fairer and cheaper prices, network tariffs need urgent reform.

Electricity networks transport power from generators to our homes and businesses. Like roads and freeways, they are built at a size to keep electricity moving at times of maximum demand – peak hour. Yet the price we pay to use electricity networks is the same whatever the time of day or season. The price therefore provides no incentive to use the network efficiently by avoiding peak times.

It also provides little incentive for network owners to invest efficiently because it is unrelated to their main cost: building enough infrastructure to meet peak demand and avoid blackouts.
Network owners spent $17.6 billion on expanding power networks between 2009 and 2013. If prices had encouraged consumers to use less power in periods of peak demand, $7.8 billion of this investment could have been avoided and the savings passed on as lower power bills.

It is widely agreed that reform is needed. Yet there is a lack of specific proposals to improve the structure and operation of network tariffs. This report, the third in a series of Grattan reports on the excessive cost of electricity, fills that gap.

It proposes two major reforms to the way network companies charge customers for the cost of carrying power to homes and small businesses. First, the 43 per cent of the consumer bill that goes to fund the network should no longer be based on total energy use. Instead, consumers should pay for the maximum load they put on the network. This tariff is called a capacity-based charge because it is based on the capacity of the infrastructure that must be built to carry this maximum load. A capacity charge far better reflects the cost of building and running the network.

Yet this reform alone may not reduce peak demand in areas where the network is under pressure. Therefore the report also proposes the introduction of a new tariff in areas that - in the absence of prices that better reflect the cost of running the network - will require expensive infrastructure upgrades. Under this tariff, consumers will be charged more for use during times (usually in summer) when the network is under most strain. Because these periods drive total investment in infrastructure, reducing peak demand levels ultimately leads to lower prices.

These reforms will give all consumers incentives to use electricity more efficiently. When they do, the pressure on network companies to invest in infrastructure will fall, and power prices
with it. But governments must commit to these reforms and carefully explain their benefits. Advanced electricity meters will need to be installed on most Australian homes, at material shortterm cost. Politicians may decide it is too hard. But if they do, they will miss an opportunity to deliver cheaper and fairer power prices.

The price is right: an examination of the cost of living in Western Australia

How can you find a better power deal as electricity prices soar?

Turning off the lights: the cost of living in NSW June 2017 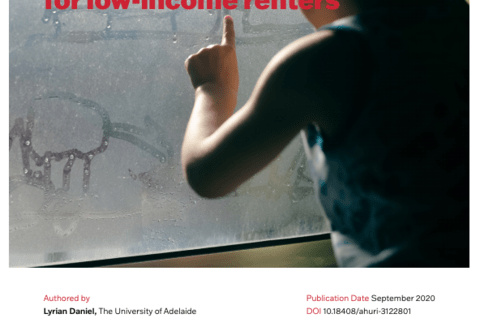 Cut off III: the social impact of utility disconnection