This report looks at the highly personalistic system of post-independence governance in which a tiny elite of ageing resistance leaders has dominated political life.

When Xanana Gusmão steps down as Timor-Leste’s prime minister, it will mark the beginning of a long-deferred transition of power from the closed circle of ageing leaders that has dominated the country’s politics since the nationalist movement began. The timing remains unclear. Many are now sceptical he will resign in September as he said he would in late 2013, but it seems clear that he will leave office before the next election in 2017. His departure could signal a healthy move away from highly personalised governance to greater institutional development, particularly in the security sector. His successor will face the challenge of how to address potential sources of social and political unrest without Gusmão’s unparalleled authority.

In the twelve years since the country’s independence, all the threats to stability have been internal. Many have emerged from bitter feuds among members of Falintil, the guerrilla army that fought for independence, as well as jockeying by members of the former diaspora elite for influence after independence. Both have obstructed institutional development of the country’s security forces; together, they have sometimes led to violence. Both were important factors in a violent upheaval in 2006 that saw the state’s command of its security forces briefly collapse.

Gusmão’s announced plan to step down was triggered by the return from self-imposed exile of a former guerrilla named Mauk Moruk, who in 1984 became the last man to directly challenge Gusmão’s authority (then as chief commander of Falintil). He immediately attempted something similar when he came back, gathering a few hundred followers, launching a “revolutionary council”, attacking Gusmão’s “authoritarian” leadership style and calling for the dissolution of parliament. While government leaders were concerned by his potential ability to spark broader unrest, they appeared to be even more rattled by his version of history, and it was in the course of a nationally televised five-hour lecture to refute it that Gusmão announced his retirement.

Mauk Moruk’s charges against Gusmão drew attention to the latter’s critical role in managing the security forces. To deal with residual tensions from the 2006 crisis, Gusmão in 2007 merged the defence and interior ministries into a single Ministry of Defence and Security and put himself in charge. In doing so he succeeded in tempering inter-service rivalries and restoring stability but at the cost of reinforcing the old Falintil chain of command rather than allowing the development of independent civilian control. His successor will have to guard against re-emergence of police-army rivalry, handle demands of veterans for more benefits and confront the politically sensitive issue of how to retire still-serving Falintil fighters. Gusmão had the personal authority to keep these issues under control; his successor may have a harder time.

The political path to Gusmão’s resignation has been opened by his rapprochement with his old rival, Mari Alkatiri, the country’s first prime minister, and greater cooperation between their respective parties, Timorese National Congress for Reconstruction (Congresso Nacional da Reconstrução Timorense, CNRT) and Fretilin. It is not clear whether the new warmth will last, but Alkatiri’s assurance that he will not seek to head the next government is probably a prerequisite of Gusmão’s stepping down. The question is how the succession will serve the cause of transition from the old guard of the resistance, the so-called 1975 Generation, to a younger leadership less mired in the past. A resignation later this year would yield little real change in the short term: Gusmão’s replacement would almost certainly come from within his own party, and none of the potential successors has the charisma or independent political base required to win a future election.

More lasting change will have to wait until the 2017 election, when many believe that Taur Matan Ruak, current president and former army chief (and the last to serve as Gusmão’s deputy in Falintil), is the most likely contender to become prime minister. The Falintil-government link would thus continue, but Ruak is a decade younger than Gusmão or Alkatiri and he has shown more interest in grooming a new generation to take over.

Gusmão’s successors will face major challenges. The first is dealing with potential troublemakers, including dissident veterans, gangs and martial arts groups and unemployed youth. The second is reducing the capture of resources by the elite that is producing corruption and growing income inequality that itself could become a source of unrest. The third is addressing old social and political cleavages that continue to fester. Finally, there is what to do about Gusmão himself. He could move quietly into retirement, or he could be given some form of institutionalised role, either as a Minister Mentor, following the Singaporean model created for Lee Kuan Yew, or as part of a Council of Elders in which others like Alkatiri could also be included. That would only postpone the real transition of power than Timor so badly needs.

The case for an Australian national security strategy

The links between security sector reform and development 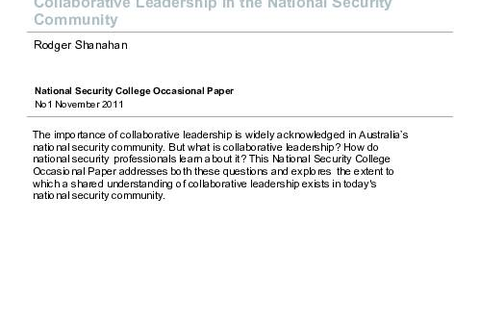 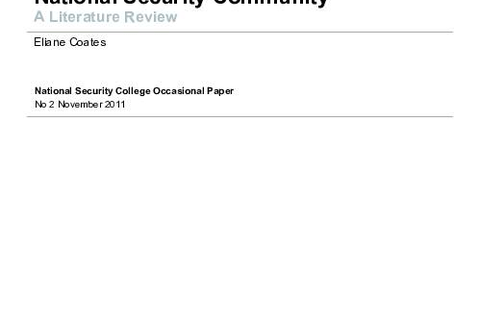