The tactics of official soft censorship are increasingly pervasive and alarmingly effective means of media manipulation and control around the world. Especially devastating in times of economic instability, governments are aware that soft censorship does not generate the international outcry evoked by killing journalists or shuttering publications. Although it is less visible, soft censorship can be equally insidious, and must be recognised for the very serious threat to media independence and press freedom it is today.

New research shows that what has long been known in Latin America as censura sutil or censura indirecta is practiced in diverse forms around the world. The late Cameroonian journalist and media freedom advocate Pius Njawe observed that soft censorship is “sophisticated repression [that] requires a sophisticated response.”

The response required to combat many elements of soft censorship is growing clearer. Synopses of incidences of soft censorship reported by human rights and press freedom groups6 and numerous media outlets are presented in this report. Also summarized are the findings of four recent investigations by regional experts into soft censorship in Hungary, Malaysia, Mexico, and Serbia. These reports, based on extensive research and interviews, are part of the Soft Censorship Global Review series. They were produced by the World Association of Newspapers and News Publishers (WAN-IFRA) in cooperation with the Center for International Media Assistance (CIMA), with funding of the Open Society Foundations.

A crucial first step in battling soft censorship is recognizing and exposing its existence. Investigations and analyses by media, civil society groups and academics are now using corporate reports, public documents, freedom of information requests, and wide-ranging interviews to reveal the extent of soft censorship in several countries. These findings are being transformed into advocacy that demands full transparency and fairness in allocation of all public funds for advertising and media support—and promotes the highest ethical professional standards for media outlets and individual media practitioners in all relations with governments at every level.

“They can arrest you at any time”: the criminalization of peaceful expression in Burma

Dashed hopes: the criminalization of peaceful expression in Myanmar

Australian publisher drops book for fear of retaliation from China

The battle for academic freedom in Europe 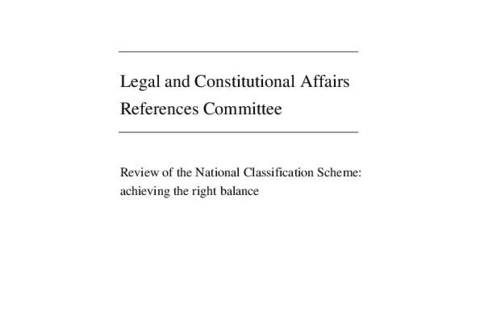 Review of the National Classification Scheme: achieving the right balance

Official spin: censorship and control of the Australian press 2007

Journalism is not a crime

Throwing the switch: an update on the state of the global transition to digital TV broadcasting