Research on youth exposure to, and management of, cyberbullying incidents in Australia: synthesis report

The Social Policy Research Centre was commissioned by the Australia Government, as part of its commitment to Enhance Online Safety for Children, to investigate youth exposure to cyberbullying and how it is being managed. The report was developed in collaboration with National Children’s and Youth Law Centre, the University of South Australia, the Young and Well Cooperative Research Centre, and the University of Western Sydney.

The report indicates that the most appropriate way of addressing cyberbullying is to introduce a series of responses including restorative approaches, educating young people about the consequences of cyberbullying, and requiring social networking sites to take down offensive material. 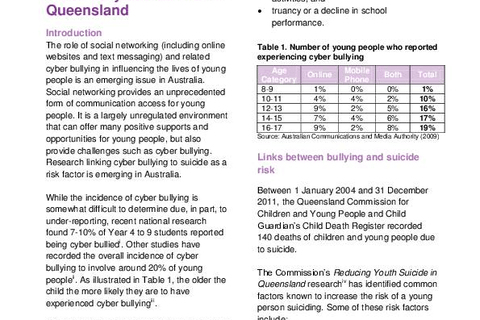 Developing a global indicator on bullying of school-aged children

The economic cost of bullying in Australian schools