In the flurry of post-election book launches, there’s been much analysis of what’s gone wrong with Australian politics. The newDemocracy Foundation argues that it’s not better politicians we need, but a better democracy. Melanie Christiansen investigates their proposal for citizen’s juries.

Campaigning in the September 2013 election which installed him as prime minister, Tony Abbott declared it was ‘all about trust’.

‘The worst deficit is not the budget deficit but the trust deficit,’ he told us at his official campaign launch.

‘Choose change, and the last six years will soon seem like an aberration.’

A year on, however, the evidence suggests that restoring voter trust in the political class may be even trickier than wrangling the Senate crossbench to fix that other deficit.

Take a recent study, conducted by the Australian National University in partnership with the Social Research Centre, which found the majority of Australians no longer believe it matters which party is in power.

Earlier this year, the annual Lowy Institute poll of Australian attitudes found nearly half of young Australians—those aged 18 to 29—didn’t agree with the proposition that democracy is the best form of government.

So what is needed to restore public trust in politics, or at least get the voters to pay attention again?

The role and future of citizen committees in Australian local government 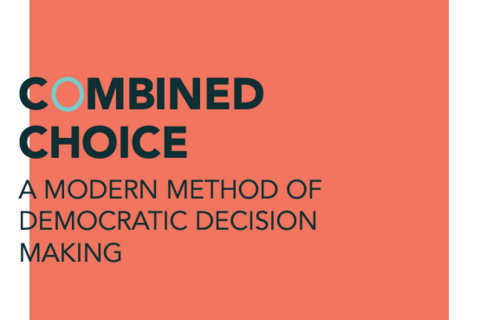 Who do we trust?