The Foundation for Alcohol Research and Education’s (FARE) Annual Alcohol Poll (the Poll) assesses Australians’ attitudes towards alcohol, alcohol consumption behaviours, awareness and experiences of alcohol harms and perspectives on various alcohol policies. In 2015, the Poll was carried out by Galaxy Research for the sixth consecutive year.

The Poll has once again shown that a vast majority of Australians are concerned about alcohol, with 75% indicating that Australia has a problem with excess drinking or alcohol abuse, 71% believing that alcohol-related problems in Australia will get worse or remain the same over the next five to ten years and 73% believing that more needs to be done to reduce the harm caused by alcohol.

Interestingly in all three of these areas there has been a decline since 2014, where 78% of people believed that Australia had a problem with alcohol, 76% believed that alcohol-related problems in Australia would get worse or remain the same over the next five to ten years and 79% believed that more needed to be done to reduce the harm caused by alcohol.

Part of the reason for this decline is that the 2014 Poll was undertaken at the height of community concern about alcohol-related violence in Sydney and the devastating impacts of alcohol featured prominently in the media over the summer. The 2015 Poll was undertaken in a very different environment, following decisive action by the NSW Government in several policy areas to address the levels of alcohol harms.

These first-time findings suggest that messaging encouraging people to be responsible drinkers will be ineffective because the majority of Australians already believe that they consume alcohol responsibly, even when their consumption does not suggest this. Also, strategies to encourage venues to ask young people for their IDs are not as effective as they should be, with more than a third of young people not having been asked for ID in the last year.

Awareness of the Australian Guidelines to Reduce Health Risks from Drinking Alcohol (the Guidelines) has increased, from 52% in 2014 to 58% in 2015. However, the proportion of Australians correctly estimating the recommended number of standard drinks a person can consume to minimise long term harm (43%) and short term harm (7%) has remained consistent with 2014. There has been an increase since 2014 in the proportion of Australians who correctly identify that pregnant women should avoid alcohol altogether (from 67% to 74%).

When asked about experiences of alcohol-related violence, almost one third of Australians (30%) said they have been affected by alcohol-related violence, a decrease from 37% in 2014. For the first time, parents of children aged under 18 years were asked whether their child has been harmed or put at risk of harm because of someone else’s drinking. One in five parents with a child under 18 years (20%) reported this.

Almost one third (32%) of Australians state that they consider built-up areas in the city or centre of town on a Saturday night safe, up from 27% in 2014. These results may again reflect the 2014 Poll being undertaken at the height of community and public concern before decisive action was taken by the NSW Government.

For the first time Australians were asked if they support the introduction of a National Alcohol Plan to outline the actions to be taken by all levels of government to reduce alcohol harms. More than two thirds (68%) of Australians support such a plan. The majority of Australians also continue to support policies such as placing health information labels on alcohol products (60%), a closing time for pubs, clubs and bars of no later than 3am (81%) and placing a ban on alcohol advertising on television before 8.30pm (63%).

In summary, FARE’s Annual Alcohol Poll again provides comprehensive and valuable insights into Australia’s relationship with alcohol and Australians' attitudes and concerns about the use of alcohol. The totality of these six years of trend data and new findings on emerging issues provide information for decision makers in forming policies and programs to stop alcohol harms. 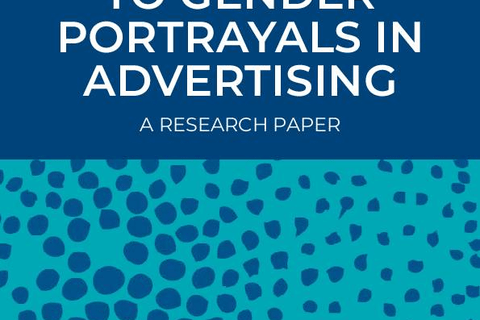 Community responses to gender portrayals in advertising: a research paper 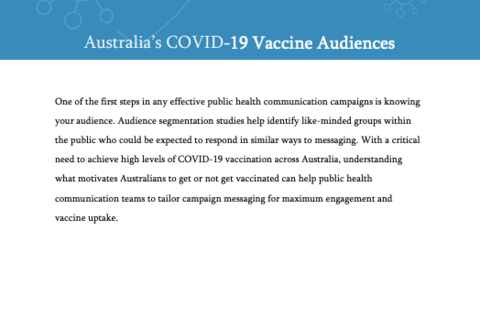 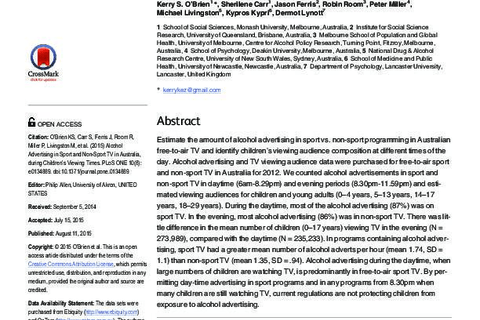 Alcohol advertising in sport and non-sport TV in Australia, during children’s viewing times