National Disability Insurance Scheme: impact on the Commonwealth Budget to 2019-20

The National Disability Insurance Scheme (NDIS) was passed into law in early 2013. The arrangements for financing the NDIS are complex and are not brought together in the 2013-14 Commonwealth Budget papers.1 This Bulletin briefly collects and connects available information on NDIS financing arrangements.

There are two series of agreements between the Commonwealth and the States and Territories (hereafter collectively referred to as ‘the States’).

The Commonwealth is meeting all NDIS expenses. In 2014-15, these expenses are relatively low, given the NDIS is being progressively rolled out only at trial sites. These expenses grow over following years. The States have agreed to make payments to the Commonwealth to meet a proportion of each year’s expenses, rising from 39% in 2014-15 to 53% in 2017-18. These payments are specified in two series of Commonwealth / State agreements. The first series are Bilateral Agreements for the NDIS Launch, which cover arrangements for trail sites. The second series are Heads of Agreements which cover the later rollout of the full NDIS. Both series contain a set of specific financial obligations for each tier of government.

To provide a source of revenue for the NDIS, the Commonwealth has introduced the DisabilityCare Australia levy from 1 July 2014. This is set at 0.5% of taxable income, and is administratively combined with the long established Medicare levy. A share of the levy is reserved for the States, starting at 23% in 2014-15 and declining to 22% in 2017-18 (Table 2). This State share is not paid immediately to the States, but held by the Commonwealth for later release, subject to conditions .

DisabilityCare Australia levy income far exceeds expenditure from the levy for several years, resulting in a build up of surpluses to meet future expenses (Table 3 shows the Commonwealth share of surpluses, Table 4 the States’ share). These surpluses are held by the Commonwealth and are invested by the Future Fund Board, with investment income added to the surpluses.

The last piece of the financing jigsaw up to 2017-18 is repayments of disability related Specific Purpose Payments (SPPs) by the States to the Commonwealth. As people who have been covered by existing disability services move to the NDIS, the corresponding proportion of the SPPs are to be repaid to the Commonwealth.

To make sense of this web of arrangements, the paper draws together data from the 2014-15 Budget papers and the  Commonwealth/State agreements to show NDIS expenditure and income up to 2017-18.

The second part of the paper examines financial arrangements in 2018-19 and 2019-20 (the NDIS is to be fully in place in the latter year). The 2014-15 Budget Papers do not cover these years. Information from the Australian Government Actuary’s 2012 report on the financing of the NDIS 4 is used to make estimates for expenditure and income in these years.

Overall, the analysis shows the significant surpluses that arise up to and including 2017-18. In following years, as the NDIS is fully rolled out, the paper charts the net financial impact  on the Commonwealth Budget in 2018-19 and, most significantly, 2019-20. The paper concludes with discussion of some implications of these financial arrangements for rollout of the NDIS, including its administration and policy development.

Centre for Disability Research and Policy, The University of Sydney

Transitional arrangements for the NDIS

State of the disability sector report 2017 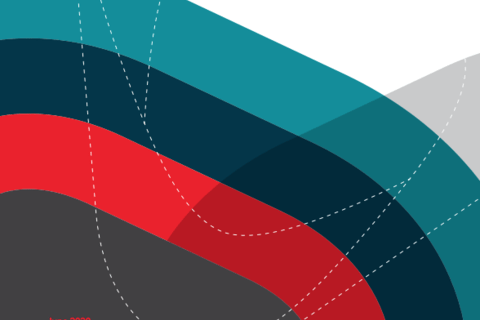