Labor leader Bill Shorten introduced a marriage equality bill to Federal Parliament this week and in his address to the House of Representatives, asked that members 'embrace a definition of marriage that respects, values and includes every Australian.'

I move that the bill be read a second time.

The laws of our nation should give us hope.

Our laws should tell our children what we believe.

Our laws should tell strangers who Australians are.

Our laws should be a mirror…reflecting our great and generous country and our free, inclusive society.

And our Parliament should be a place where we make things happen rather than sit back and let them happen.

On marriage equality, for too long we in this Parliament have been following, not leading.

It is within our power to change this.

This Parliament can change a law that no longer describes modern Australia…and pass a law of which we can all be proud.

Let us delay no more.

Let us embrace a definition of marriage that respects, values and includes every Australian.

Let us declare, in the house of the Australian people – it is time.

The right time to make marriage equality, a reality.

This is a moment bigger than politics.

This moment does not distract the nation – it complements our hopes for the future.

I know all members of Parliament will engage in a respectful and considered debate, and I hope will be able to exercise a free vote.

I pay tribute to the Member for Sydney, for offering her place on this bill to a member of the Government.

Your actions, the advocacy of Senator Penny Wong and the goodwill of many across the Parliament, prove that bipartisanship is not the problem here.

What matters is the outcome, not who owns it.

For decades, the march to equality has been led by remarkable Australians from every part of our country and all walks of life.

Governments from both sides of politics have delivered real progress too.

Paul Keating lifted the ban on Australians who identified as gay serving in our military.

The Rudd and Gillard governments removed discrimination against same-sex couples from more than 80 laws.

In Victoria, the Napthine Government expunged the records of people who were charged under long-repealed homosexuality offences.

Changing the Marriage Act is the next, overdue step in the path to true equality.

I’m a twin – it’s a special thing, growing up, an inseparable bond.

But for other twins where one twin is gay and the other is not, the Marriage Act is the only Australian law that separates siblings.

It’s a double standard which divides families, and our country.

It’s not fair and it’s not who we are.

And it should change.

Currently, marriage is defined as:

‘the union of a man and a woman”

Those eight words maintain a fiction that any other relationship is somehow inferior.

Our legislation proposes a new definition:

‘the union of two people’

And it allows celebrants the choice of referring to ‘partners’, as well as husband and wife.

To some, this may seem a small gesture.

In truth, this means so much, to so many.

To all lesbian, gay, bisexual, transgender and intersex Australians, we offer change that says: your relationship is equal under the law.

To same-sex couples, we offer the right to celebrate your love with the public measure of devotion: marriage.

When someone has found not just another person they can live with, but a person they can’t live without, then they should have the same right to the true qualities of a bond that runs deeper than any law.

The same joy and sacrifice.

The same care and compassion.

The same rights and responsibilities.

And we say to all young gay people.

We are proud of you, for who you are. You belong.

We say to you, you have a right to the same hopes, dreams and opportunities as every other Australian including the right to marry the person you love.

In removing discrimination from our country’s laws, we strive to eliminate prejudice from our people’s lives.

Casual, unthinking discrimination and deliberate, malicious homophobia alike, are still far too common in our conversations.

In our schoolyards, our workplaces and our sporting clubs…and even, occasionally, our Parliament too.

This affects community, neighbourliness, harmony and mental health in our cities and especially our regions and the bush where physical remoteness can aggravate a sense of isolation.

We know two out of five young Australians who are gay have thought about self-harm or suicide.

Two out of every five.

We know a young Australian who identifies as gay is six times more likely to consider taking their own life, compared to their sibling, classmate, colleague or teammate.

When I was finishing school in the 1980s, youth suicide was still a taboo topic.

I can remember hearing of the passing of young men, and no-one spoke of how they died.

I can close my eyes and see their faces, forever young.

And I wonder now, if for some, the stigma and the struggle of imagining a future, lonely, isolated, treated differently was too much to bear.

Marriage equality says to young people who identify as gay, you are never alone. You belong.

This is an act of fairness for all ages.

On the weekend, I spoke with Sandra Yates, from Devonport in Tassie.

Like hundreds of other Australian couples, she and her partner Lee Bransden have been forced to travel to New Zealand to marry.

Sandra and Lee had hoped to marry at home surrounded by friends and family but Lee is terminally ill, and has been told she only has weeks to live.

Their community raised money to fund their trip and fulfil their dream.

They are thrilled to be married…and sad it couldn’t happen here, in the country they love.

Lee’s voice should be heard in this place:

“Please, help switch on the light for same-sex couples and take us out of the darkness.”

Lee, Sandra, you, your friends and families should not have to wait one day longer for recognition.

And this legislation will ensure that same-sex marriages, recognised in another country, are recognised here.

A law that forces our citizens to travel overseas, or to the grounds of another nation’s embassy, to have their relationships recognised is a law not worth keeping.

I have not made a habit of speaking publicly about my faith, and I do not seek to preach to others today.

For me, there is nothing contradictory about extending love, compassion, charity and respect beyond heterosexual Australia.

I understand, that for many people of different faiths, this is a complex question, I respect this.

It is why I support a free vote.

And why this legislation makes it clear that no minister of religion can be compelled, or is obliged, to conduct a particular marriage…including one where two people are of the same sex.

AlI ask in return that this respect be mutual.

Just as churches, mosques, temples and synagogues of all faiths and traditions will be free to choose if they consecrate same sex marriages.

Let the same respect allow Australians to freely choose who they marry, without vilification or judgment.

So often in our history, Australia has led the world in social and economic progress.

The right to vote, pensions, the eight-hour day.

Our healthcare and superannuation systems are among the best in the world.

But on marriage equality, we have fallen behind.

Like so many Australians, two Sunday mornings ago, when I first heard the result of the Irish referendum I thought: if the Irish can do it, why can’t we?

How can Ireland, New Zealand, 37 US States, England, Scotland, South Africa and Canada and Brazil, Iceland and Uruguay be ahead of us?

Twenty countries have already recognised the merit of marriage equality.

I am confident Australia will.

I don’t want us to wait, any longer.

We cannot assume this change is inevitable.

We cannot imagine it will just happen.

We, the 44th Parliament, we have to step up, to rise to the moment.

Today, is neither the beginning, nor the end, of the journey to marriage equality.

But I hope…with goodwill on all sides, with co-operation, with respect for one another this can be a historic step forward.

Given a free vote, I believe this Parliament is ready for a definition of marriage which reflects the modern, inclusive and egalitarian Australia we love.

We are ready to be as generous and kind-hearted as the Australians who trust us.

Millions of Australians have waited long enough for this act of justice and inclusion.

The opportunity of a generation is before us now.

The moment is here.

Let this law reflect the nation we want to see in the mirror: generous, smart, modern, diverse, honest and, above all, equal.

Let’s switch on the light.

Let’s make it happen, together.

Not so private lives 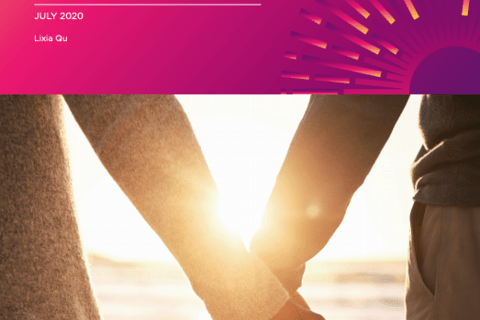