Between a Rock and a Hard Place: Land-Use Planning in the Second Machine Age

The imminent arrival of the Second Machine Age (2MA) will usher in an era of unprecedented economic and social turmoil which is likely to rewrite, over the next quarter century, the structure and function of cities at up to 4 times the pace of the industrial revolution, which itself transformed cities in the two centuries or so following 1750. Events will be driven not just by a raft of impending technologies and the fluidity with which they can be blended, integrated or fused into new products, services and lifestyles. As the recent intergenerational report and others like it have concluded, turmoil will be further exacerbated by changing demographic structures and migration patterns, global economic engagement – including both trade and finance, government budgetary crises, the increasingly fluid nature of work and social networking, and shifting home-work relationships and travel patterns, among many other things. Alas, such dynamism appears likely to hit a wall of urban inflexibility. Our sclerotic cities appear illsuited to a world of rapid change for all manner of reasons, many planning related. For example, most planning systems arguably privilege the preferences of fearful incumbent residents over the preferences of outsiders. Excessive reverence for urban heritage stultifies imaginative proposals for badly needed higher density living spaces. Stretched public finances delay contemporary infrastructure provision. Our state and federal fiscal settings further ossify urban form in a variety of ways. Moreover, how can we conduct worthwhile long-term strategic planning when we can hardly conceive the configuration of fast-moving economy and society as little as 5 years from now? In short, many of our urban management procedures appear as an increasingly bureaucratic and conservative bulwark against imminent change at the same time as we need them to become imaginatively flexible and adaptive. How, then, can urban planning recapture the glory days of a century or so ago when it was in the vanguard of reimagining cities for the first machine age? 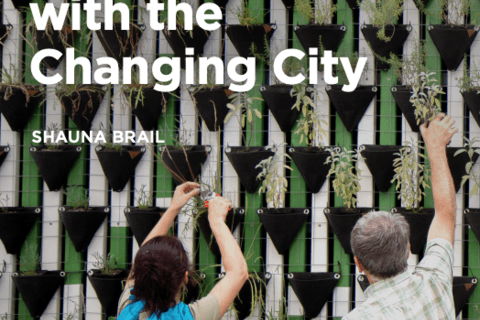 Citizen engagement with the changing city

Archetypes and other heuristics for planning in the social complexity of the Australian private rental system.

Sustainability at the Australian local government level: Is there room for Strategic Environmental Assessment (SEA)?