This bulletin examines the numbers and rates of young people who were under youth justice supervision in Australia during 2014-15 because of their involvement or alleged involvement in crime. It explores key aspects of their supervision, both in the community and in detention, as well as recent trends.

About 5,600 young people were under youth justice supervision on an average day

Almost 900 (16%) young people under supervision on an average day in 2014-15 were in detention; most (about 4,800 or 85%) were supervised in the community (note that totals may not sum due to rounding, and some young people may have been under community-based supervision and in detention on the same day). More than half (54%) of those in detention were unsentenced (awaiting the outcome of their legal matter or sentencing).

Rates of supervision varied among the states and territories

Variations in the rates of supervision among the states and territories reflect differences in legislation, policy and practices in the respective youth justice systems, including types of supervised orders and options for diversion that are available. 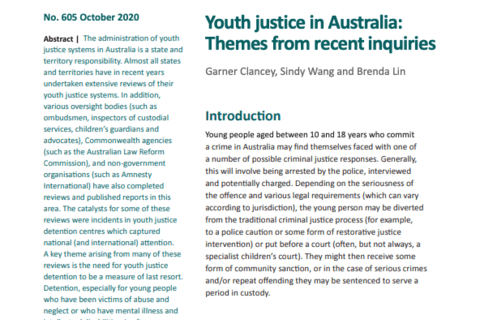 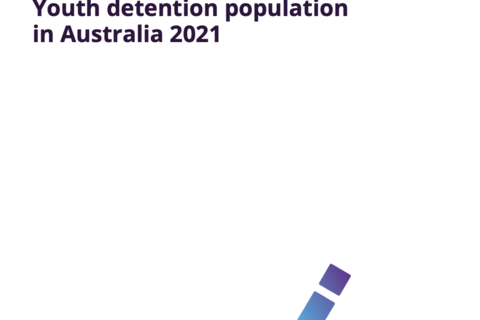 Child Guardian report: investigation into the use of force in Queensland youth detention centres

Report on youth justice facilities at the Grevillea unit of Barwon Prison, Malmsbury and Parkville

Comparisons between the youth and adult justice systems: 2012–13

Report of the Special Rapporteur on torture and other cruel, inhuman or degrading treatment or punishment, Juan E. Méndez