Skip to main content
We want your feedback! Complete the 2022 Newsletter Subscriber Survey and you can go into the draw to win: 2x $200 vouchers, 3x My APO+ memberships, and a ticket to EIS 2023.
Briefing paper

Musculoskeletal conditions as underlying and associated causes of death 2013

Arthritis and musculoskeletal conditions are not commonly recorded as the underlying cause of death; however, they are prevalent chronic diseases affecting 30% of Australians, and are more commonly reported as other causes that contributed to the death.

In 2011–2013, in cases where a musculoskeletal condition was recorded as an associated cause of death, the most common leading underlying cause of death was Coronary heart disease, followed by Dementia and Alzheimer disease, Cerebrovascular disease, Chronic obstructive pulmonary disease and Diabetes. This pattern was similar to the overall leading causes of death, which were Coronary heart disease, Cerebrovascular disease, Dementia and Alzheimer disease, Lung cancer and Chronic obstructive pulmonary disease.

The number of deaths where a musculoskeletal condition was recorded as either an underlying or an associated cause of death increased over time between 1997 and 2013, but this was consistent with changes in the age profile of the population.

Counting the cost: the current and future burden of arthritis 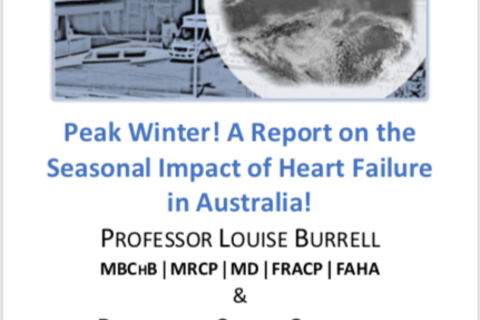 Peak Winter! A report on the seasonal impact of heart failure in Australia

Heart health: the first step to getting Australia's health on track

The burden of musculoskeletal conditions in Australia

Report on the Inquiry into Biotoxin-related illnesses in Australia