We are here today, the 9th of June 2016, in Redfern where in 1992 Prime Minister Paul Keating spoke truth about this nation – that the disadvantage faced by First Peoples affects and is the responsibility of all Australians.

In the past 25 years – a generation in fact – we have had the Royal Commission into Aboriginal Deaths in Custody, the Bringing them home Report and Reconciliation: Australia’s Challenge: the final report of the Council for Aboriginal Reconciliation.  These reports, and numerous other Coroner and Social Justice Reports, have made over 400 recommendations, most of which have either been partially implemented for short term periods or ignored altogether.

In the last 25 years we have seen eight Federal election cycles come and go, with seven Prime Ministers, seven Ministers for Indigenous Affairs, countless policies, policy changes, funding promises and funding cuts – all for the most marginalised people in Australia.

For the last quarter century, then, we’ve seen seminal reports which have repeatedly emphasised that our people need to have a genuine say in our own lives and decisions that affect our peoples and communities. This, known as self-determination, is the key to closing the gap in outcomes for the First Peoples of these lands and waters. 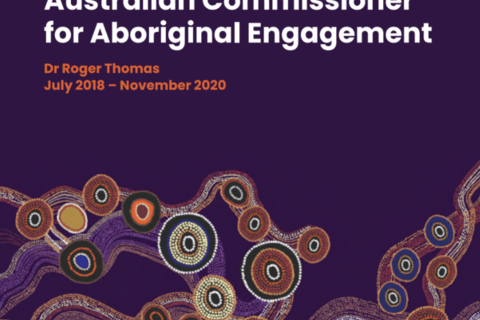 Report of the South Australian Commissioner for Aboriginal Engagement

Closing the Gap Refresh: papering over the gaps or structural reform?

More concerns raised over remote work for the dole scheme