A conversation on terrorism in Australia, with Levi West – part 1

In this episode of the podcast Sub Rosa, Andrew talks with Levi West about terrorism in Australia.

Levi West is the Director of Terrorism Studies at Charles Sturt University.

This is the first episode for 2017, and is part of a two-episode series. This episode presents the first half of the conversation, discussing terrorism in Australia from the 1960s up until 2013.

It first discusses the international development of terrorism and its Australian manifestations, demonstrated by some Yugoslav, Ananada Marga, Palestinian, Armenian, far-left and far-right groups that sometimes engaged in small-scale political violence in Australia.

It then discusses transitions that occurred in the 1990s, with high-profile terror attacks such as the 1993 World Trade Center bombing (by jihadists), the 1995 Tokya subway sarin gas attack (by the Aum Shinrikyo sect), the 1995 Oklahoma bombing (by far-right extremists), and the 1998 US embassy bombings in Kenya and Tanzani (by jihadists). These attacks had implications for Australia, particularly with a local jihadist scene emerging, though terrorism rarely featured in political discussion at the time.

It then turns to the post-9/11 environment, as global jihadism became the predominant terrorist threat to Australia, posing a more serious prospect of mass casualty attacks than earlier threats had.

It discusses how jihadism within Australia evolved up until 2013, and how various political developments (such as the seizure or loss of territory), strategic shifts (through the writings of jihadist theoreticians), and counter-terrorism responses (including increased resources and powers for security agencies) shaped the threat.

The impact of the Syrian civil war, the rise of “Islamic State”, and controversies over counter-terrorism powers, are covered in the next episode.

The year in hate and extremism 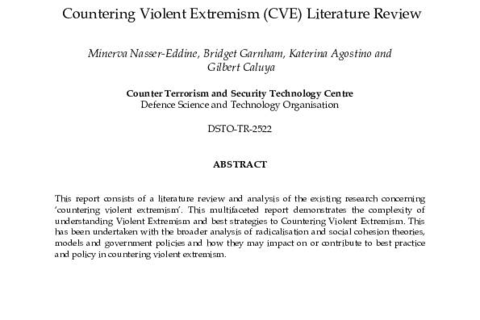 Check the web: assessing the ethics and politics of policing the Internet for extremist material