The increase in the government school share follows a period of decline from 1977 to 2014, where the share fell from 79 per cent in 1977 to 65 per cent in 2014. The annual declines over this period averaged 0.4 percentage points each year.

“These new figures see the reversal of the steady drift of students from government to non-government schools observed for much of the past 40 years” said Ms Marquardt.

In 2016, the total proportion of students enrolled in Catholic schools fell slightly to 20.2 per cent, down from 20.4 per cent in 2015, while the figure for Independent schools remained steady at 14.4 per cent.

Ms Marquardt also noted that 2016 saw a growing number of students staying at school to Year 12. The Apparent Retention Rate of secondary students staying through to Year 12 was 84.3 per cent, well up from the 75 per cent reported in 2006. As in previous years, the 2016 rate was higher for females (87.8 per cent) than for males (80.9 per cent).

"For Aboriginal and Torres Strait Islander students the rate increased significantly between 2006 and 2016, from 40.1 per cent to 59.8 per cent," said Ms Marquardt. 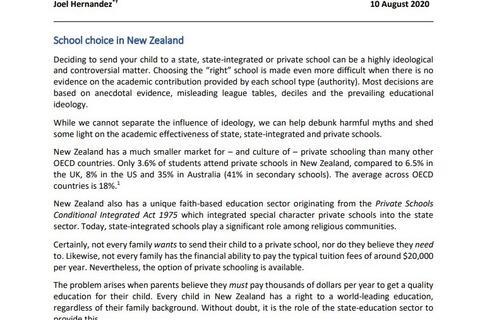 A culture of trust enhances performance

Equity in Australian schooling: an update