The National Alert System for Critical Antimicrobial Resistances (CARAlert) was established as part of the Antimicrobial Use and Resistance in Australia (AURA) Surveillance System by the Australian Commission on Safety and Quality in Health Care (the Commission) in March 2016. CARAlert collects surveillance data on AURA priority organisms considered to have critical resistance to last-line antimicrobial agents.

The primary purpose of CARAlert is to provide timely communication of these organisms and resistance to the health departments in each state and territory in order to inform response strategies, as required.

This report provides data and analyses for the first 12 months of the operation of the CARAlert system from 17 March 2016 to 31 March 2017. During that period 1,064 results from 73 originating laboratories across Australia were entered into the database. From April 2016 to March 2017, there was an average of 86 entries per month (range 61–161).

Carbapenemase-resistant Enterobacteriaceae (CPE), either alone or in combination with ribosomal methyltransferases (RMT), were the most frequently recorded critical antimicrobial resistance (CAR) of all CARs reported until November 2016. From December 2016, azithromycin nonsusceptible Neisseria gonorrhoeae were most frequently reported, and in March 2017 contributed to 62% of all CARs reported.

The range of organisms with critical resistances to be included in the CARAlert data set will continue to be monitored and reviewed to ensure it provides the most useful data for actions to support effective infection prevention and control.

The relatively small number of individual CAR types currently recorded in the database means that it is not yet possible to draw conclusions of epidemiological significance from the analyses. Statistical methods for evaluating temporal and spatial trends will be implemented as the data collection matures over time. It is expected that this data will increasingly be useful to inform safety and quality improvement programs.

Responding to the threat of antimicrobial resistance

Nudge vs superbugs: a behavioural economics trial to reduce the overprescribing of antibiotics

Enlisting the support of trusted sources to tackle policy problems: the case of antimicrobial resistance

Biodata and biotechnology: opportunity and challenges for Australia 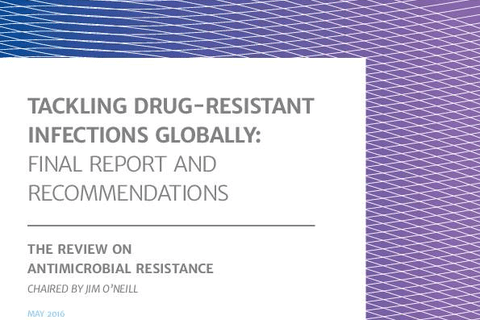 Food industry funding of nutrition research: the relevance of history for current debates