Chronic kidney disease (CKD) refers to all conditions of the kidney, lasting at least 3 months, affecting the filtration and removal of waste from the blood by the kidneys (indicating kidney dysfunction), and/or leakage of protein or albumin in the urine (indicating kidney damage). CKD is common, costly and often detected too late to be reversible, but it is largely preventable because many of its risk factors are modifiable (Cass et al. 2010; Wyld et al. 2015). Over the past few decades, some of these risk factors, including diabetes and obesity, have increased in prevalence and the increase in size of the elderly population (as people are living longer) has exposed more people to the risk of CKD. Other risk factors, such as smoking, have decreased. But until now there has been little information on whether or how CKD prevalence has changed over time.

This report compares, for the first time, the most reliable national estimates of the prevalence of CKD to date from two national surveys, incorporating biomedical testings that were undertaken 12 years apart: the 1999–2000 Australian Diabetes, Obesity and Lifestyle Study (AusDiab) and the 2011–12 National Health Measurement Survey (NHMS). This comparison was possible after a number of adjustments were made to the scope (age), the biomedical measures and the sampling methodology (ABS 2013; Dunstan et al. 2002). As well, the overall CKD prevalence rates were adjusted for sex and age differences between the two survey populations. 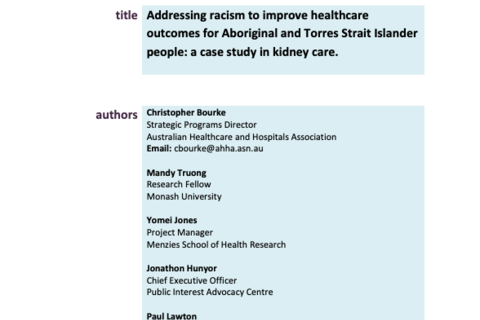 Diabetes and chronic kidney disease as risks for other diseases: Australian Burden of Disease Study 2011