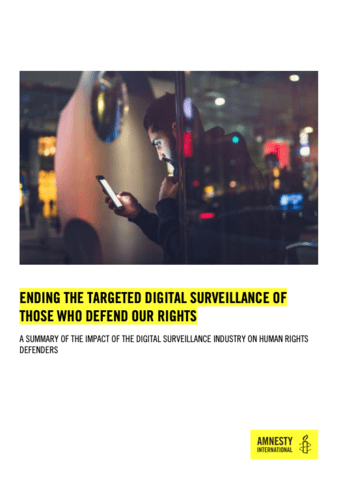 Ending the targeted digital surveillance of those who defend our rights

The targeting of human rights defenders because of their work using digital surveillance technology is unambiguously illegal under international human rights law. Unlawful surveillance violates the right to privacy and impinges on the rights to freedom of expression and opinion, of association and assembly. Both the Universal Declaration of Human Rights and the International Covenant on Civil and Political Rights (ICCPR) protect these rights. The Covenant upholds the right to hold opinions without interference and guards against arbitrary and unlawful intrusion of their privacy. International law and standards also require that any interference by the state on the right to privacy should be lawful, necessary, proportional, and legitimate. States are also required to ensure that individuals whose rights have been violated have access to remedy.

It is often virtually impossible for human rights defenders to prove the existence of surveillance, either because of technical hurdles or because its use is covert. Even where targeting or the presence of an active infection cannot be proven, the fact of living under the constant threat of possible surveillance may constitute a human rights violation in itself.

Regardless of whether the attempt at surveillance is successful or not, targeting of human rights activists instils fear and has a chilling effect on their ability to continue their work without undue interference. In many instances this leads those who defend human rights to self-censor and refrain from exercising their rights to freedom of expression, association and peaceful assembly. This is compounded by having to fight malicious prosecutions through information that is extracted, misused and manipulated, diverting human rights defenders’ energy and resources to fighting judicial proceedings. The threat of surveillance may have a detrimental effect on the mental health of human rights defenders and information may be used to divulge details in the public sphere exposing them personal attacks and smear campaigns. All of this has a damaging knock-on effect on communities and societies whose rights HRDs are fighting for. 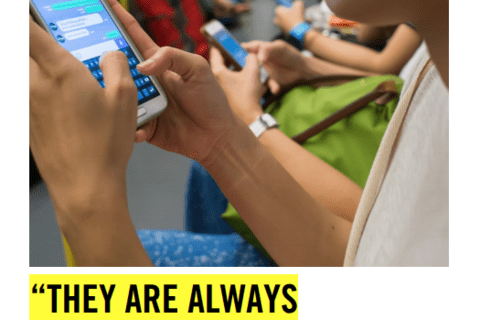 "They are always watching"

Hong Kong: the crack in the door

Will we ever agree to just one set of rules on the ethical development of artificial intelligence?

Government use of artificial intelligence in New Zealand

The age of Artificial Intelligence in Aotearoa

Building digital safety for journalism: a survey of selected issues