The role of SLC2A9 Variants in Hyperuricemia and Gout

Lipoproteins and Hyperlipoproteinemia: Links to Gout

Past, Present and Future: Investigations into the history and possible causes of genetic predisposition to metabolic disorders in Pacific populations

Negotiating Barriers: An Investigation of Early Access to Rheumatology Services for Patients with Inflammatory Arthritis in the Wellington Region

My diabetes my way: supporting online diabetes self-management: progress and analysis from 2016

A Transnational Syndemic: Cook Islanders and their experiences of TB and diabetes 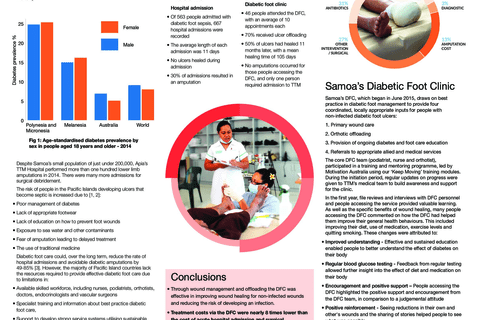