The Lord Darzi Review of health and care: interim report

2018 is a year of anniversaries: 70 years since the NHS was created as part of the post-second world war social settlement; 50 years since the Seebohm Report laid the foundations for modern social care; and 10 years since High Quality Care for All was published with its sharper focus on quality of health and care. It is therefore the perfect moment to stand back and reflect on the progress that has been made, as well as the challenges that we have faced. We must also look to the future: high quality care is a constantly moving target so to stand still is to fall back.

This interim report of the Lord Darzi Review of Health presents this evidence in preparation for the final report which will be published in the lead up to 70th anniversary of the NHS and will set out a long term funding and reform plan for health and care.

The picture on population health over the last decade has been mixed. Important progress has been made on some metrics, notably on smoking and alcohol consumption, which have continued to decline. However, there have also been some substantial challenges. Whilst life expectancy has been growing this has been at a slower rate than the historical norm, quality of life across a number of metrics has faltered. Healthy life expectancy has failed to keep pace with life expectancy; we have seen the continued rise in mental health conditions; and there has been an outbreak of loneliness and isolation which threaten our ‘social health’. Inequalities have also started to grow once again with those at the edges of society – excluded groups such as the homeless or severely mentally ill – being hit particularly hard.

Despite a decade of austerity, quality across most areas of the service – from cancer to trauma; stroke to diabetes; mental health to maternity – has been maintained or improved. Patient safety, a significant priority for the health secretary, has also got better according to most metrics. Progress is also apparent in social care with both self-reported outcomes and CQC ratings showing an improvement. Yet we must not be complacent. There remains far too much variation in the quality of care: the distance between the best and the rest remains far too wide. In too many areas – cancer and mental health services, in particular – progress has been from a low base, with other countries performing significantly better. Furthermore, there is increasing evidence that we are reaching a tipping point with the drivers of improvement coming up short given the pressures on the system.

If quality has been maintained or improved, the same is not true for access to services. There has been a serious decline in the number of people receiving state funded social care. This has pushed more and more responsibility onto informal carers and left many without the support they need. In the NHS, timeliness on everything from ambulance responses to access to A&E to getting a GP appointment has deteriorated. The stress on the whole system – primary and community services, acute care and social care – is vividly illustrated by the significant increase in delayed transfers of care over the period (which is even starker when we consider those medically fit for discharge). Finally, there are also signs of rationing in terms of access to new and innovative treatments as NHS patients are denied to care that is at the scientific and technological frontier.

Please note: the final report of this review, published on 15 June 2018 can be accessed here

Shaping the future of UK healthcare: closing the digital gap

What will new technology mean for the NHS and its patients?

Building healthier communities: the role of the NHS as an anchor institution 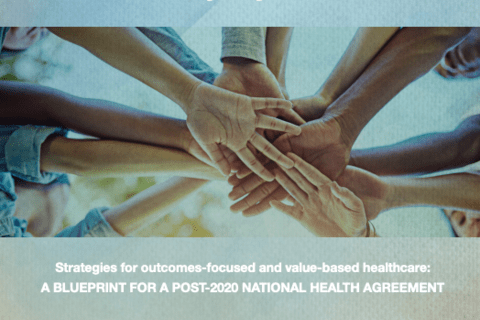