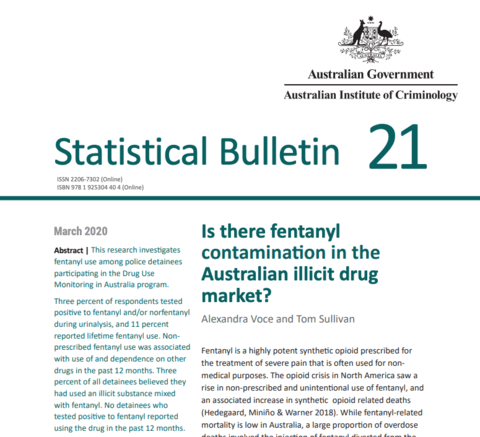 Is there fentanyl contamination in the Australian illicit drug market?

This research investigates fentanyl use among police detainees participating in the Drug Use Monitoring in Australia program.

Three percent of respondents tested positive to fentanyl and/or norfentanyl during urinalysis, and 11 percent reported lifetime fentanyl use. Non-prescribed fentanyl use was associated with use of and dependence on other drugs in the past 12 months. Three percent of all detainees believed they had used an illicit substance mixed with fentanyl. No detainees who tested positive to fentanyl reported using the drug in the past 12 months.

These findings suggest fentanyl contamination may be occurring in the Australian illicit drug market. 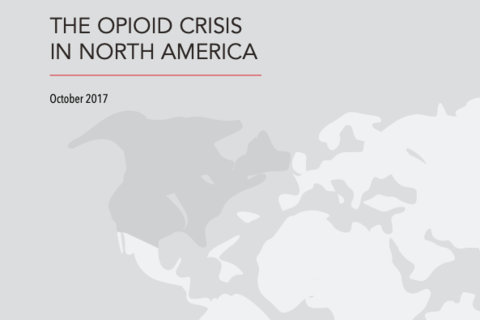 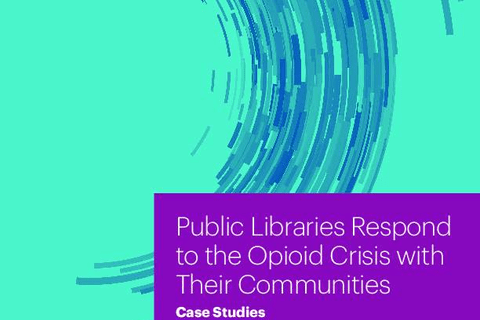 Public libraries respond to the opioid crisis with their communities: case studies 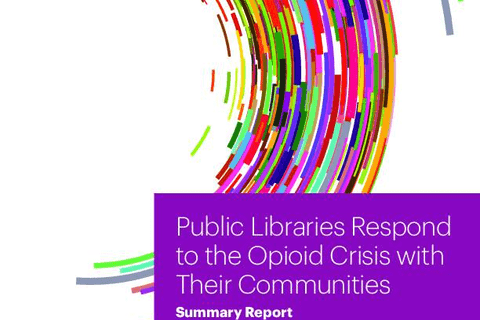 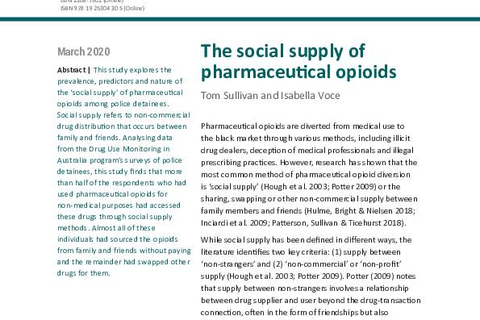