Setting a Barricade against the East Wind: Western Polynesia and the 1918 Influenza Pandemic

This dissertation is a comparative analysis of the experience of several western Polynesian states during the 1918-1920 influenza pandemic, and in particular an inquiry into how the response to the second wave of this pandemic determined the mortality for each island group. Historically, Pacific island states have faced challenges in controlling infectious disease. Distance, isolation, lack of resources, and the turbulent nature of local political authority have limited the ability of these states to mount an effective response to the transmission of introduced infections. The territories of Polynesia attempted a wide range of social measures for control of the 1918-1920 influenza pandemic. Their success or lack thereof depended more upon political and economic variables than indigenous cultural or health factors.The colonial entities of Fiji, Western Samoa, and Tonga were sequentially infected with the 1918 pandemic strain of influenza by the SS Talune that departed from Auckland in November 1918. Despite being infected by the same strain of the virus, at the same time of year, and the significant number of cultural commonalities between these states, their experience of the influenza was broadly divergent. This work seeks to understand the forces that drove the differential outcomes.Fiji had warning of the approach of influenza, yet the colonial medical staff discounted the risk and faced strong economic pressure to avoid quarantine measures. Fiji also had the largest and most ethnically diverse population, thus complicating education and outreach efforts, as well as strong recent memory of a devastating measles epidemic that destroyed indigenous confidence in the colonial medical system. Roughly five percent of the population of Fiji died.Western Samoa had a military garrison with little governing experience as well as a plantation economy that faced significant strain if isolation measures were put into place. Settlement patterns drove rapid spread of the disease and plantation agriculture led to famine across the group during the convalescent period. Western Samoa experienced the world's highest known death rate from the 1918 outbreak with one quarter of the population succumbing.Tonga experienced a collapse of the political system in a state where tradition still played a large role. In the absence of the traditional political elite the populace were left to their own devices, and suffered accordingly. Somewhere between four and eight percent of Tongans were killed.Yet American Samoa, fifty kilometers from Western Samoa, was perhaps the only polity across the globe to experience no mortality from the influenza pandemic. A small, homogenous state under US Navy control, quarantine was successfully implemented and maintained for years, preventing the infection from reaching the island group in its most virulent form. This success was a factor in the maintenance of American Samoa as a colonial bastion while Western Samoa sought independence from New Zealand.A range of social, political, and economic factors determined outcomes as each of these states were exposed to influenza. The cultural, the political, and the medical are inextricably intertwined and it is these differences between the states, not their broad similarities, which define the experience of epidemic disease.

Questions from the lab – is Australia and the near region ready for the next attack of ‘flu?

Evaluating a decade of Australia's efforts to combat pandemics and emerging infectious diseases in Asia and the Pacific 2006-2015: are health systems stronger?

Flu vaccine won’t definitely stop you from getting the flu, but it’s more important than you think 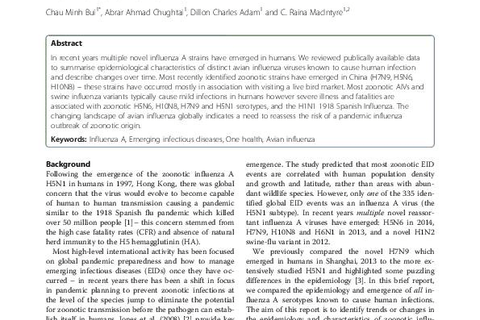 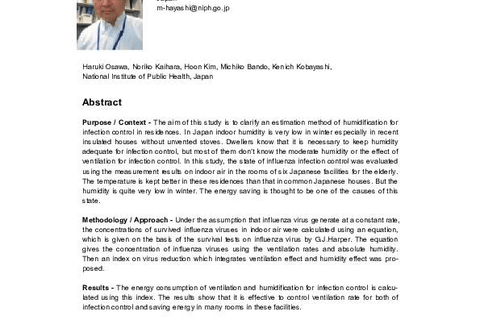 Is Australia prepared for the next pandemic?