Fuel poverty, (the inability to afford adequate household energy services, including healthy indoor temperatures) is a significant public health problem currently estimated to affect 25% of households in New Zealand and the cost of electricity is a key driver. Despite widespread international recognition, fuel poverty is not officially defined, measured, or explicitly targeted by government policy in New Zealand. Prepayment metering is an electricity payment method used predominantly by low-income consumers. It carries the risk of users not crediting their electricity meter or 'self-disconnecting', which may have serious health implications. Official figures suggest around 3% of households may be using prepayment metering, although there is no routine collection of data.This thesis examines the relationship between prepayment metering, in its present form, and fuel poverty in New Zealand through four discrete phases of research. This multiphase mixed methods programme of research draws from pragmatism, translational research, and socio-technical systems theories.A price comparison analysis found that using prepayment metering for electricity was always more expensive than other payment methods in four cities.A national-level postal survey of 768 electricity prepayment metering consumers was conducted in 2010 (response rate 48%). The survey found that households using prepayment meters are typically on low-incomes, Māori and Pasifika households are over-represented, and 54% of include children. Major findings were that 52% of respondents self-disconnected at least once in the past year; of concern, one third of these respondents were without electricity for ≥12 hrs, and 17% self-disconnected six or more times.A follow-up postal survey with the same cohort in 2011 (n 324, response rate 61%) investigated patterns of self-disconnection over time and home heating practices ofthis vulnerable group. Key findings were that self-disconnection remained problematic over time, that prepayment metering encouraged restriction of space heating in already cold homes, and over two thirds experienced shivering indoors at least once during the winter.An integrative analysis of the survey results compared the outcomes for households with and without children, responding to policy discussion. This found that households with children experienced greater hardship and were significantly more likely to restrict grocery expenditure in order to afford prepayment meter credit.A final study used qualitative description to explore household management of electricity expenditure and consumption through in-depth longitudinal interviews with 12 households. Extensive descriptions of advantages and disadvantages of prepayment metering, budgeting for electricity and of electricity end-uses, and socio-technical interactions between householders and their prepayment meters were attained.Overall, this research shows prepayment metering consumers are at greater risk of fuel poverty than the general population. Rationing electricity consumption below requirements for maintaining health and wellbeing is a significant problem; yet despite this, self-disconnection remains a consequence of fuel poverty for many households. Government intervention could reduce the risks and capture the benefits of prepayment metering. Other policies could enhance housing energy performance and reduce fuel poverty. An approach to defining and measuring fuel poverty is indicated. Policy recommendations for reducing fuel poverty, with particular attention to prepayment metering, are developed from this research.

What types of evidence are available for translating health evidence into planning strategies for higher density living? A review of the literature

WHO housing and health guidelines

Happy homes – the relationship between homes and mental wellbeing: a review of the literature 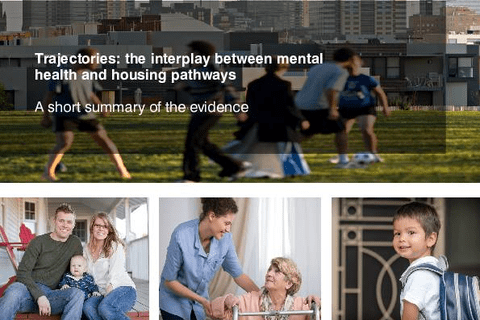 Trajectories: the interplay between mental health and housing pathways 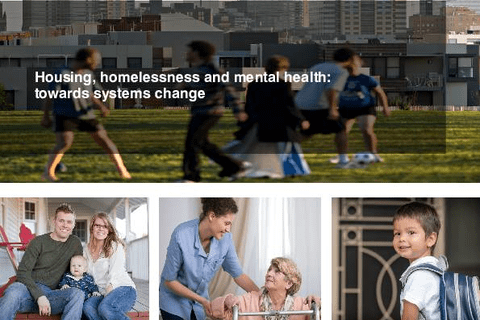