This report considers the rationale for how digital transformation could support for public libraries in the United Kingdom. It forms the next phase in a sequence of reports and roundtable conversations about how the idea of a “single digital presence” (a term coined by William Sieghart) proposition could support the public library sector.

This report was commissioned by Arts Council England and the Carnegie UK Trust in 2017, building on previous work conducted by the Libraries Taskforce and Bibliocommons. 1 The scope of this project was to consider options for what a UK-wide online platform for public libraries could look like, what it could be used for, and how such an offer might fit in to the current ecosystem for public libraries across the UK.

Whilst there is broad consensus within the sector that user-facing digital services could be significantly improved, there is no one vision for what this may look like. This is compounded by the complexity of the current system, with more than 200 public library authorities operating across England, Wales, Scotland and Northern Ireland. In approaching this scoping study, the British Library took a first principles approach to review how digital services could enhance the offer libraries provide to the public, while reinforcing their overarching public value. 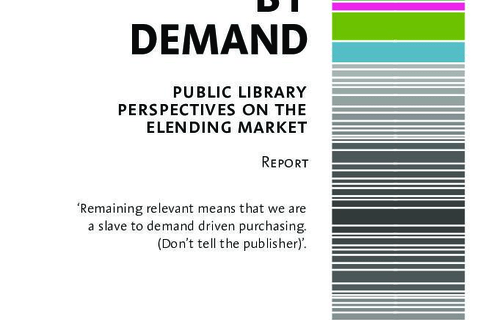 Driven by demand: public library perspectives on the elending market