Management of the Terrorism Reinsurance Scheme

The Terrorism Reinsurance Scheme (the scheme) was established in 2003 initially as an interim measure to operate while terrorism insurance cover was unavailable in the private market following the terrorist events of 11 September 2001. The scheme was established under the Terrorism Insurance Act 2003 (TI Act) and is managed by the Australian Reinsurance Pool Corporation (ARPC), a public financial corporation within the Treasury portfolio.

The scheme has a total funding capacity of $13.4 billion (2017–18) and provides cover for eligible terrorism losses involving commercial property, associated business interruption losses and public liability. Through the scheme, insurance companies can reinsure the risk of terrorism losses by paying premiums to ARPC. Insurers are required to initially meet any claims in accordance with the terms and conditions of individual policies, with claims against the scheme met once an individual insurance company’s threshold has been reached.

The scheme is activated when the responsible Minister, after consulting the Attorney-General, announces that an event is a ‘declared terrorist incident’ under the TI Act. Since 2003, there has been one declared terrorist incident — the Lindt Café siege in December 2014. This resulted in claims being made by policy holders against their insurance companies, but no claims were paid out from the scheme as insurers were able to cover the costs from their individual insurance company thresholds.

The Terrorism Reinsurance Scheme has been in place for 15 years and as at 30 June 2018 had a large claims funding capacity of $13.4 billion (including a $10 billion Commonwealth guarantee), funded through $169.6 million in annual premiums paid by the commercial insurance sector. The scheme is designed to ensure that Australia has the necessary cover to mitigate the risk of significant loss and negative impact on the economy in the event of a terrorist attack impacting commercial property.

The objective of the audit was to assess the effectiveness of ARPC’s management of the Terrorism Reinsurance Scheme by addressing two criteria: 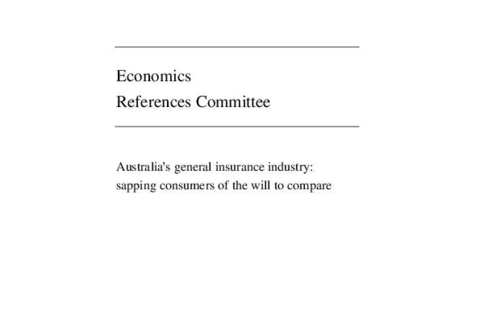 Consumers’ experiences with the sale of direct life insurance

Reforms to the sale of add-on insurance products