The Hui Māori created an intentional space where Māori did not have to defend being Māori. Instead, they could openly kōrero about the ongoing failure of the justice system and discuss how to lead its reformation.

This report captures the raw voice of what the people said at the Hui Māori, and it attempts to let their voices be heard. This report is uncensored and should be read with an open heart and mind.

It was clear from those who attended the Hui Māori that the justice system continues to hurt whānau. Whānau Māori are having to respond to the intergenerational effects of the racism, bias, abuse and colonisation that the justice system has created, enabled and continues to deliver almost 200 years since the signing of Te Tiriti o Waitangi. Māori did not sign Te Tiriti o Waitangi for tamariki to be in care, incarcerated or continually traumatised – this must stop now.

Calls from those who attended the Hui Māori challenged the Crown and its officials directly for an enduring reform to stop the continuing degradation of whānau, hapū and iwi.

We heard from those who attended that the justice system cannot be reformed without leadership from Te Ao Māori. The Hui Māori called for the Crown to finally share power with Māori and for Māori-led responses to be central to reformation of the justice system. Those who attended called for the Government and its officials to stop working in silos and to take a whole-of-government approach to improve the wellbeing of Māori and those affected by the justice system. Further, they said that the Government and its officials must recognise they do not have the cultural capability or capacity to deliver a justice system that can respond to this crisis alone.

Three main recommendations arose from the kōrero at the Hui Māori. These cover constitutional reform, a call for a plan to accelerate and understand the change needed, and to establish a Mana Ōrite model of partnership. Further, various other themes were identified within the recommendations relating to building or improving leadership capability, workforce development, legislative and policy settings, working together and service delivery.

To enable these recommendations to happen, the message from those who attended the Hui Māori was clear: Māori must lead now, Ināia Tonu Nei. 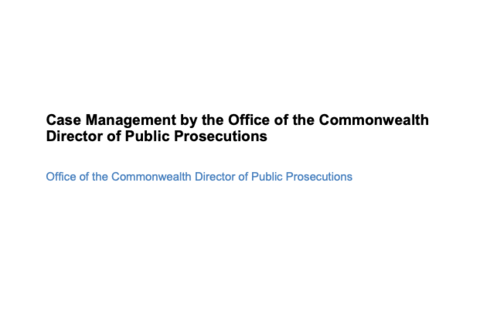 A justice system for everyone

Shining a light behind closed doors

Sexism and gender inequality in the Victorian legal and justice sector