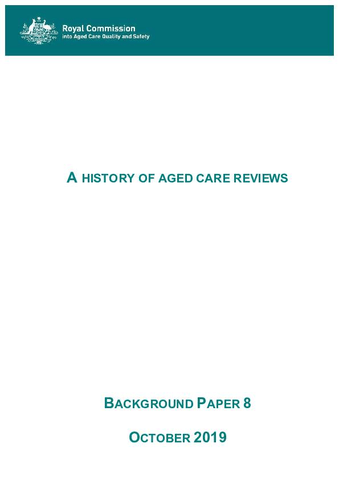 The Australian aged care sector has been the subject of numerous major inquiries and reviews over the last two decades since major reforms were introduced to the aged care system through the Aged Care Act 1997 (Cth). The Terms of Reference for this Royal Commission direct the Commissioners to have regard to, amongst other things, ‘the findings and recommendations of previous relevant reports and inquiries’.

This background paper provides an overview of many of the major public reports and inquiries related to publicly-funded aged care in Australia since 1997, with a greater focus on the more recent of them. It deals primarily with official inquiries that generally involved submissions and evidence from the public and generated reports that are publicly available.

These reviews and inquiries address recurring issues within the aged care system, including:

Sadly, the Royal Commission has been confronted by many of these issues in its own investigations into the aged care system.

This paper has been prepared to assist in understanding the issues covered, findings and recommendations of previous major public inquiries. Previous inquiry reports have been included in this paper where they are relevant to current concerns with aged care quality and safety, have involved public processes and have been widely received or influential. Because of the limitation of space and time available, not all the reviews and reports that meet these criteria have been included. A non-exhaustive list of previous reviews and inquiries over the last four decades is provided in an appendix.

Review of international systems of long-term care of older people 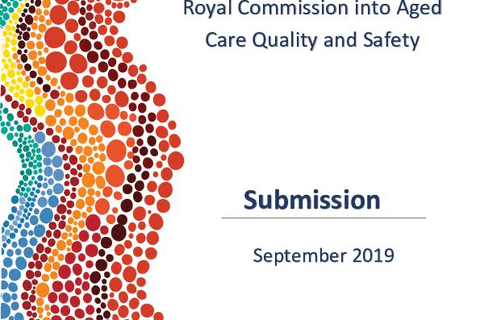 Our solution: quality care for people living with dementia