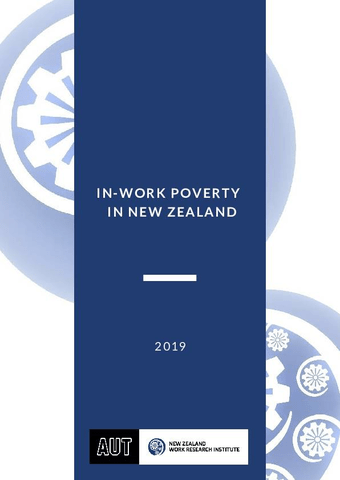 This report examines the prevalence of and characteristics associated with, in-work poverty in New Zealand. The analysis within this study draws primarily on linked data from Inland Revenue and the 2013 Census, as well as supplementary information provided by the Household Labour Force Survey. Working status is derived from employment information over the year ending March 2013, and poverty status is derived from income information for March 2013.

Decent sustainable work for all Australians in a global economy

Housing and community in the compact city

Marginal rental housing—what is it, and how should it be managed?

“Sick with worry...” Stories from the front-line of inequality, 2015

Pushed to the edge: private rental (un)affordability in Melbourne

Is de-concentrating social housing a useful policy to promote wellbeing?