In December 2018, United States President Donald Trump signed into law the First Step Act, a reform of criminal justice at the federal level of the United States. The act emphasises the importance of reducing reoffending in tackling high and rising incarceration. For Australia, Trump’s reforms are mostly of interest as signalling a shift in the politics of criminal justice reform, and as an indicator of the kinds of reform that are likely to attract widespread support.

Like the United States, though not on the same scale, Australia’s criminal justice system has seen some unmistakeable and unsustainable trends. Over the past 10 years, incarceration has risen sharply in Australia. The imprisonment rate has risen from 167 to 217 per 100,000 adults. There are now more than 43,000 people in our country’s prisons. Running our prisons costs more than $4 billion each year, at a per prisoner annual cost of $110,000. One of the main drivers of this trend is the stubbornly high rate of reoffending: 58 percent of prisoners have been in prison before; 45 percent of prisoners will return to prison within two years of their release.

The single most effective criminal justice reform would be to reduce reoffending. However, because the factors that contribute to the decision to commit crime are so complex, this is a hard problem that will require a range of different policy interventions. This paper considers 10 ideas for reducing reoffending that have some evidentiary basis, noting though that this evidence is rarely dispositive. Reducing reoffending is key to increasing the community safety dividend that taxpayers accrue from their investment in the criminal justice system. The aim of governments should be to maximise this return to the taxpayer, and the evidence suggests that this means having a corrections system that is truly corrective as well as punitive. 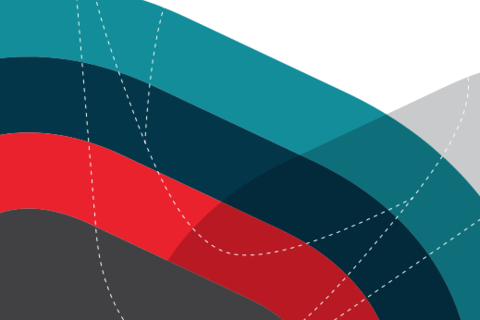 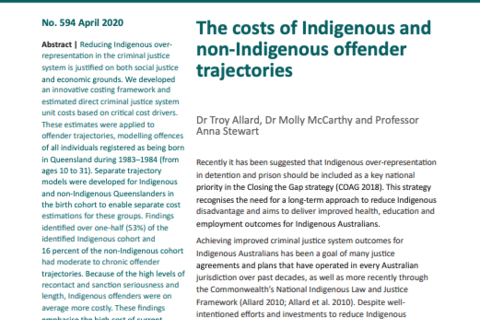 The costs of Indigenous and non-Indigenous offender trajectories

Where have all the young offenders gone? Examining changes in offending between two NSW birth cohorts