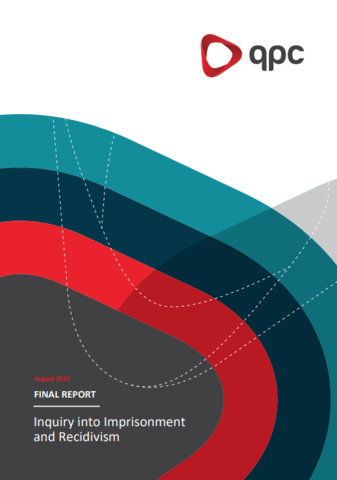 There are many factors that influence imprisonment and recidivism. The scope of this inquiry therefore encompasses a broad set of issues and areas—from early intervention to post-prison support (Figure 1).

Given the broad scope of this inquiry, it was not possible for the Commission to conduct a detailed operational review of the Queensland criminal justice system (Box 1) or every program, policy or action that affects imprisonment.

Our approach to this inquiry reflects that at least 10 major reviews have looked at aspects of the criminal justice system in Queensland over the last decade. Many of their recommendations are still being implemented. This inquiry has built on, rather than revisited, the issues covered by these reviews.

The Commission has concentrated on the key policy and institutional changes that are likely to provide the greatest net benefit to the community. The Commission has taken a community-wide approach to assessing options—where possible, assessing the costs and benefits of reform options and examining whether there were more effective and efficient ways of doing things.