It provides an analysis of the Act's potential to bring about a shift in the structure of gender relations, or the 'gender order', away from the existing male-breadwinner/part time female-carer model towards a more equitable dual breadwinner/dual-carer model.

Drawing on Pascall's analysis of New Labour policies in the UK, this publication develops a series of questions that can be applied to the Fair Work Act to assess its contribution to a more equal structure of gender relations in Australia. The analysis indicates that, while some provisions relating to care can be shared between men and women, the underlying prerequisites for a dual-breadwinner/dual-carer model have not been addressed. This would require a raft of provisions that promote increased gender equality in the share of care responsibilities, time use, income and power in industrial relations policy along with parallel policies related to child and other care, retirement incomes, training and employment, taxation, and so on.

While a single legislative Act will not bring about a change in a society's gender order, its underlying assumptions and provisions can facilitate change or reinforce the status quo. In this regard it can only be concluded that while the Act has provided some important specific improvements in women workers' position, it lacks a substantial vision or strategy to fundamentally challenge existing gender inequalities either in the industrial relations framework or in the broader social gender order. The challenge is for these gains to be taken further in the direction of increasing gender equality while at the same time resisting the threat of a return to a reformulated version of Work Choices. 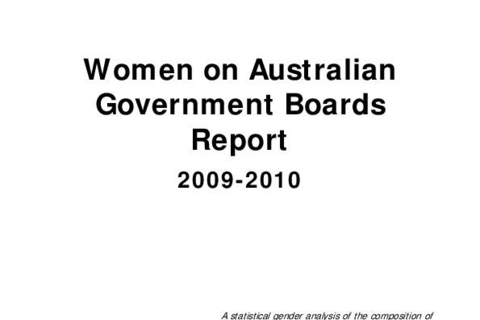 Composition of Australian parliaments by party and gender: a quick guide - July 2019 update 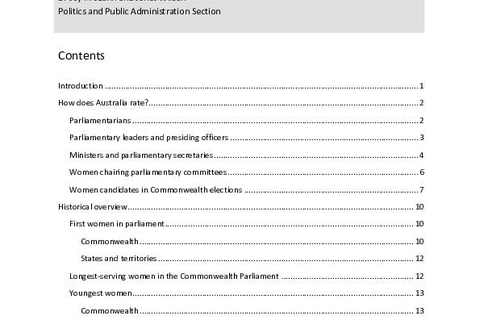 Representation of women in Australian parliaments