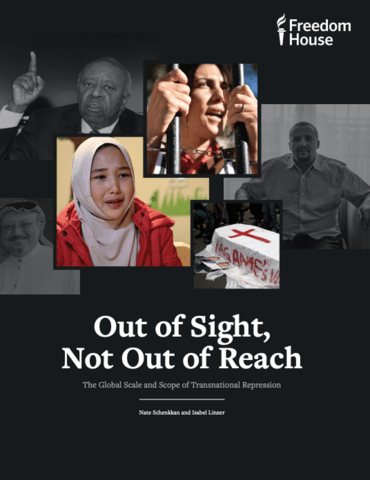 Out of sight, not out of reach

This report is the product of an effort to understand the scale and scope of “transnational repression,” in which governments reach across national borders to silence dissent among their diaspora and exile communities. Freedom House assembled cases of transnational repression from public sources, including UN and government documents, human rights reports, and credible news outlets, in order to generate a detailed picture of this global phenomenon.