In a tough political and budget year with several major initiatives to be funded - most notably the Gonski education reforms and the National Disability Insurance Scheme, now known as DisabilityCare Australia - the health and ageing section of the 2013-14 Budget has fared reasonably well. Overall the Budget contained $43 billion in savings over the forward estimates, much of which will be funneled into these new ‘critical investments.’ Of this, $1.22 billion over five years was taken from current health programs, with the majority of this ($902 million) from Medicare.

In 2013-14 the Australian Government expects to spend $64.64 billion on health, amounting to 16.2% of all Government expenses. Health spending is forecast to grow at 8.6% over the forward estimates – this is a faster rate in real terms than education (7% of spending) and social security and welfare (35% of spending).

Australia gets good value for this spend. The fourth COAG Reform Council Report on the National Healthcare Agreement shows that the overall health of Australians and the quality of our healthcare system continues to improve. Life expectancy is increasing and the number of low birthweight babies and rates of infant mortality are dropping.

Still, Australia’s health system faces some serious challenges. We have an increasing chronic disease burden, a growing and ageing population, rising costs of health services and technologies, and a gap that stubbornly yawns between the health of Indigenous and non- Indigenous Australians. In particular, there has been a lack of progress in prevention.

The challenge for any new government post September is that too many Australians are missing out on the care they need or are not receiving the best possible care for their condition. That will require more attention to issues like equity, out-of-pocket costs and quality. We must also become more sophisticated about measurement and evaluation to ensure that we are achieving meaningful health outcomes and value for taxpayers’ dollars.

Analysis of the 2010-11 health and ageing budget

Health, ageing and private health insurance: baseline results from the 45 and Up Study cohort 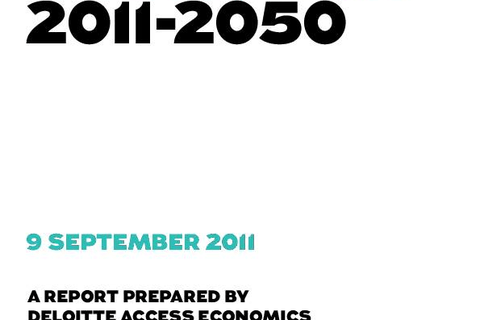