There were just over 221,000 permanent residential aged care residents in 2011–12 with completed Aged Care Funding Instrument (ACFI) assessments; almost 1 in 20 of these residents had an ACFI assessment indicating the need for palliative care during this reporting period.

Nationally, more than 19,000 patients had a palliative care–related prescription subsidised through the Pharmaceutical Benefits Scheme (PBS) during 2011–12, which equates to a rate of 85.8 patients per 100,000 population. The medication type laxatives were the most frequently dispensed palliative care-related prescriptions in 2011–12, followed by analgesics and anti-epileptics (37.3%, 22.2% and 14.5%, respectively).

Specialist palliative medicine physicians made up nearly 4 in every 1,000 (0.38%) employed medical specialists in Australia, with an estimated 92 working in Australia in 2011. In 2011, more than half (56.6%) of employed specialist palliative medicine physicians were female. This was more than double the proportion of all employed female medical practitioners who practice other clinical specialities (25.6%).

There were 108 specialist palliative care services that reported to the Palliative Care Outcomes Collaboration in 2012—an increase of 1 service since 2011. More than 30,400 patients accessed specialist palliative care services in 2012, an increase of 11.8% from 2011 (27,201). Just over one-third (36.0%) of services met benchmark 3.2, where 60% of patients in moderate/severe pain at phase start were reduced to absent/mild pain at phase end. 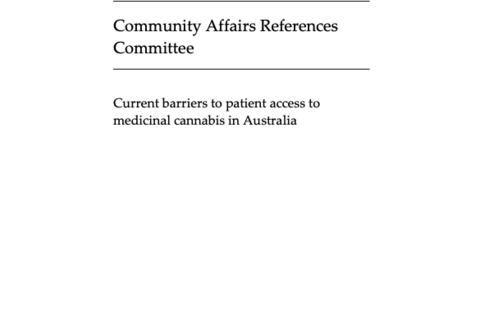 Current barriers to patient access to medicinal cannabis in Australia

Is there a role for law in medical practice when withholding and withdrawing life-sustaining medical treatment? Empirical findings on attitudes of doctors

Non-beneficial treatments in hospital at the end of life: a systematic review on extent of the problem