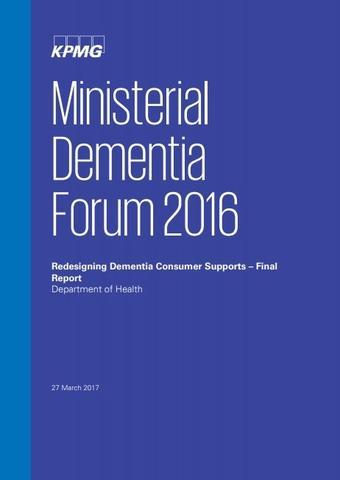 Dementia is the gradual, progressive and irreversible decline in brain function. It is an umbrella term describing a syndrome, meaning it is characterised by multiple symptoms which may include difficulties with language, memory, perception, changes in personality and reduced cognitive skills.

In 2014, the Australian Government announced its intention to consult widely with key dementia stakeholders, experts and consumers on how to improve care for people living with dementia. Consistent with this intention, the inaugural Ministerial Dementia Forum ‘Dementia Care – Core Business for Aged Care’, was held on 11 September 2014 in Melbourne and a second forum, ‘Dementia Care – Core Business’, held the following year on 6 November 2015.

As part of the outcomes from the first two Ministerial Dementia Forums, the Government announced it would be redesigning existing dementia support programs to ensure improved consistency and reach to rural and remote areas. Phase one of the redesign focused on transitioning the Dementia Behaviour Management Advisory Service (DBMAS) to a single national program and streamlining the Dementia Training Study Centres (DTSC) and Dementia Care Essentials Program into a single national Dementia Training Program (DTP).

In January 2016, the Australian Government announced it would work with stakeholders to undertake phase two of the redesign, focusing on improving the current suite of dementia consumer support programs funded by the Australian Government. The programs in the scope for redesign are the National Dementia Support Program and Service Delivery Pathways Program, which are both delivered by Alzheimer’s Australia.

The aim of the redesigned programs is to facilitate appropriate supports for people living with dementia and their carers across the lifecycle of the disease.

The purpose of the 2016 Ministerial Dementia Forum was to consider the redesign of dementia consumer supports and seek feedback from participants to:

• examine the consumer journey with dementia;

• discuss how Commonwealth-funded dementia consumer support programs could be structured in order to achieve the aims above, in the context of the current funding envelope;

• explore how existing or emerging policies in the broader aged care, health, and social support sectors can be leveraged to improve the consumer journey with dementia; and

• consider approaches that could increase the reach and sustainability of dementia consumer support programs. 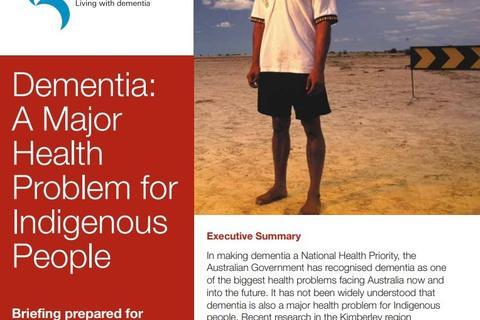 The road to reducing dementia onset and prevalence: are diet and physical activity interventions worth investing in?

Long term conditions and their impacts in Counties Manukau

State of our health