Rebooting the boom: unfinished business on the supply side

The so-called “mining boom” of the early 21st century has seen the resources share of Australia’s total goods and services exports double in real terms from approximately one-quarter to one-half.

This change in just a decade represents one of the most profound and sustained structural shifts in the structure of the Australian economy since Federation. In 2002-03, the year before the mining boom began, mineral and energy resources exports – comprising iron ore, metallurgical (coking) and thermal coal, LNG, uranium, crude oil and gold and other metals1 – totalled $46 billion (in 2011-12 dollars) and accounted for just over 24% of Australia’s total exports. By 2011-12, the value of Australia’s mineral and energy resources exports had more than tripled in real terms to be $158 billion, accounting for just over 50% of the total value of Australia’s exports. This doubling in mining’s share of Australia’s exports has been largely driven by China’s rapid industrial development through the 2000s, where annual growth in real GDP ranged between 8 and 14% through the decade. Ever increasing Chinese demand led to a large and sustained increase in the contract and spot prices paid for Australia’s steelmaking and energy resources, increasing mining sector profits and attracting capital and labour resources from other parts of the Australian economy and, indeed, globally, into the Australian mining and mining services industries.

In essence, the mining boom represents a decade-long structural adjustment of the Australian economy whereby our mining and mining services industries now form a permanently larger part of Australia’s economy than they did before the boom began, more than doubling from less than 10% of GDP in 2002-03 to 20% of GDP in 2011-12.3 The so-called “mining boom” of the early 21st century has seen the resources share of Australia’s total goods and services exports double in real terms from approximately one-quarter to one-half. What is clear is that inefficiencies which developed or were sustained over the high price phase of the boom can no longer be sustained over the next decade. All this could not (and did not) happen at once. Periodisation is inevitably arbitrary but it has become customary to divide the mining boom into distinct, although partially overlapping, phases. Phases 1 and 2 encompass the commodity price boom that was interrupted in 2008 by the Global Financial Crisis (GFC). Phase 3 is the current resources investment boom, which began during Phase 2 but has continued through the recent price declines. And Phase 4 should see the Australian economy reach a new equilibrium with production and export volumes structurally higher than prior to the mining boom with prices having settled back from peaks to reflect increased global supply.

But good results will not simply fall from the sky. Rather, as prices continue to adjust and the scarcity premium we have enjoyed fades way, Australia’s prosperity will be ever more dependent upon the efficiency of our export supply chain, from exploration and initial development through to final shipment. Unless we achieve and retain global cost competitiveness in each stage of that chain, we will benefit less than we should have during upswings and suffer more than we need to when times turn tough. And as unsustainably high prices return towards long run levels, it is our cost competitiveness that will determine how much of the current investment pipeline ultimately translates into completed projects.

This paper is written in the context of the end of Phase 2 of the mining boom, but with new uncertainty about the scale and longevity of Phase 3 given lower prices, increased costs and heightened global competition. With the deferral of projects, the scaling back of capital expenditure plans and the closing of uneconomic mine production, there is also uncertainty surrounding the longer term outlook for export volumes in Phase 4.

In essence, the challenge of rebooting the boom has two elements: • Securing new investment projects beyond 2013; and • Delivering on projected export volume growth out to 2025 in a much tougher global supply environment. What is clear is that inefficiencies which developed or were sustained over the high price phase of the boom can no longer be sustained over the next decade. Tackling supply-side constraints is paramount if Australia is to maximise the benefits from the remaining window of resourceintensive growth in emerging Asia over the next 10 to 15 years.

Policy makers and companies need to identify and address the inefficiencies that give rise to cost increases and unnecessary development delays or in other ways undermine the competitiveness of Australia’s resource industries. Rebooting the boom places a premium on cost control, timeliness, flexibility and adaptability along the full length of the minerals supply chain. This presents policy challenges across many areas, but particularly in relation to: 1. Labour market constraints; 2. Project approvals – especially environmental approvals and other resource consent issues; 3. Regulation determining the efficiency with which key infrastructure is operated and expanded; and 4. Australia’s fiscal federalism structure which affects the ability of rapidly growing States to expand infrastructure in line with demand.

This paper deals with each of these in turn as part of the “unfinished business” of securing what is still a large and long-term economic opportunity for Australia. With volatile market conditions putting renewed pressure on resource companies, there is a danger that Australian policy makers will underestimate the sensitivity of industry performance to government responses.

Section 2 focuses on the need to ensure Australia’s labour market is equipped for what will be a much tougher decade for mining industry growth. Removing barriers to labour mobility and business restructuring and ensuring companies can deploy a range of workforce strategies are even more critical with some parts of the resources industry experiencing weaker conditions. And unless we have a flexible labour market, the periodic external shocks that are part and parcel of being a resource-based economy will be that much harder to absorb. Strategies such as fly-in, fly-out (FIFO) and Enterprise Migration Agreements (EMAs) are especially important to secure workforce needs in the construction phase of projects and to provide for efficient and sustainable operations in the long term. That said, the single largest labour market barrier to rebooting the mining boom is the Fair Work Act. With the easy gains of the price boom now over, union-inspired provisions that reduce flexibility, drive up costs and delay project completions need serious reexamination, ideally by a Productivity Commission inquiry.

Section 3 highlights the costs arising from complex and onerous approvals processes. These processes are not only costly in themselves: they add sovereign risk and translate into delays over which companies have little or no control, disrupting supply chains and making it difficult for the myriad players involved in major resource projects to plan and deliver. Those effects can make the difference between a project which is viable and one which is not. And they tarnish Australia’s reputation as a location in which to invest. All this is well known. But Commonwealth-State duplication, minimal use of cost-benefit analysis in evaluating planning requirements, “objective overload” and inadequate government planning capacity continue to plague major resource projects in Australia. Disputes associated with environmental approvals have proven especially costly, complex and contentious. And all too often, they result in requirements being imposed whose costs greatly exceed their environmental benefits.

Section 4 looks at the unfinished business associated with economic infrastructure regulation – both the directly regulated “open access” facilities and vertically integrated production systems which fall under the scope of Part IIIA of the Competition and Consumer Act. In both cases, better processes for reviewing the need for regulation, and for doing so on a basis genuinely independent of the regulators themselves, are called for.

Finally, section 5 examines the supply side constraints arising from our increasingly dysfunctional fiscal federalism. The current framework of Horizontal Fiscal Equalisation in the Commonwealth, including the treatment of mining revenues, impedes the capacity of resource States to meet the infrastructure requirements needed to underpin current and future resource development. At the same time, the lack of clarity, predictability and rationality in federal financial relations undermines the quality of governance at all levels and prevents federalism from acting as the “laboratory of democracy” that it can and should be. A complete overhaul of our fiscal federalism, on a scale no lesser than the landmark Commonwealth State Financial Agreement of 1927, is desperately needed.

The easy ride is over. For close on to a decade we haven’t had to provide more “bang for the buck”, as the world was willing to pay so many more “bucks for the bang”. No longer. But the opportunities are still there. Even just ensuring the current investment pipeline comes to fruition, and does so in a timely and efficient way, would bring large gains. And even with that done, there would remain huge resources to be unlocked. Rebooting the mining boom is the first step to achieving those gains on an enduring basis. 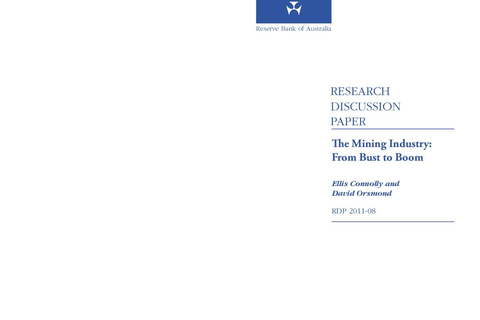 The mining industry: from bust to boom

Double or nothing: the broken economic promises of PNG LNG

An expanded role for the mining sector in Australian society?

Back to the land: with the end of the mining boom, farming and food production offer renewed opportunities for economic development in regional Australia

Income Growth and Employment in the Pilbara: an evolutionary analysis, 1980-2010

Regional development, redistribution and the extraction of mineral resources: The Western Australian Goldfields as a resource bank 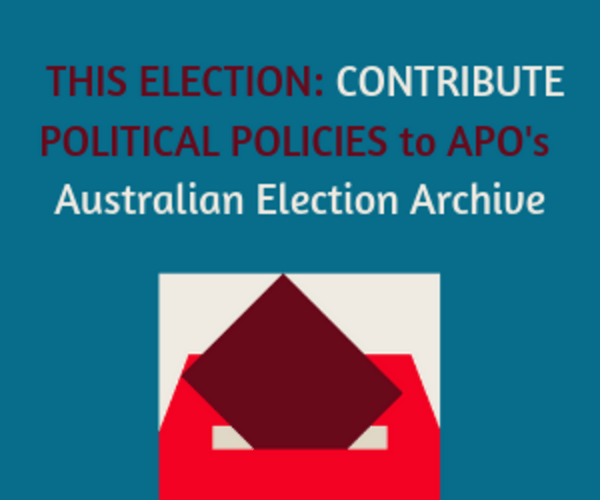