Stuck in the middle or clued up on both? Language and identity among Korean, Dutch and Samoan immigrants in Dunedin

It is well established that among immigrants, language shift away from the native language, towards that of the host language occurs over two to four generations. This has been found in numerous places including New Zealand, Australia, North America and Europe. Language has been linked to identity. This thesis explores the effect of language shift on ethnic group identity at the individual and group levels.In New Zealand, ideology surrounding immigration has altered over the years at an official as well as popular level. Officially, until the 1980s, the metaphor of a 'melting pot' was propagated: immigrants were expected to melt and assimilate into the host population and become New Zealanders. Official institutions and education policy during this time were largely monolingual. Popular attitudes have kept up to a certain extent with official attitudes, and lately multiculturalism and pluralism have become more acceptable. New Zealand's immigration policy, at least in theory, has reflected such changes, with the favouritism shown to most groups ceasing since the 1970s. Now that it is more acceptable for immigrants to be different, do they want to retain their native identity or not? Does the group still think of itself in terms of its native identity or does it consider itself to have a New Zealand identity once language shift to English has occurred or is occurring? How do immigrants feel about this in relation to language attitudes, language learning and attitudes towards the native and host societies? At an individual level is the immigrant's native identity threatened by adopting English in a multicultural setting?The immigrant groups chosen for this study were Korean, Sāmoan and Dutch, representing the regions of Asia, the Pacific and Europe respectively. Ten respondents from each of these groups were interviewed. A qualitative method was chosen to allow the subjective and individual nature of identity to come through, making generalisation difficult. The results are discussed with reference to additive and subtractive bilingualism or the cognitive and affective consequences of bilingualism.The desirability of language and identity shift was found to vary from group to group. The Dutch respondents were the most indifferent about this, even favouring such shift, despite the increased acceptability of pluralism and difference in more recent times. They still seemed to be influenced by the assimilationist ideology prevalent after World War II. The Sāmoans were concerned about the shift and had become more flexible about the definition of Sāmoanness in New Zealand. They were trying to at least slow down if not arrest such shift. The Koreans had not yet resolved the issue. They favoured language maintenance like the Sāmoans, but had not yet realised the unlikelihood of this and so had not initiated steps to halt it.At an individual level, the respondents can be said to have experienced subtractive bilingualism as their native culture and language were being eroded. This was attributed to social, economic and political reasons rather than linguistic ones. The framework of additive and subtractive bilingualism does not take into account the wider context and hence I think is insufficient in the analysis of language learning in the context of immigration. Further, bilingualism had more positive than negative consequences for respondents, and was not responsible for any sort of identity problems, as early studies on bilingualism were likely to find.This study can be seen as part of the recent move away from essentialising ethnicity. In addition, hybridity is regarded as much more positive and inclusive than in the past. Parallel to this, there has been a change in attitudes towards bi- and multilingualism. Such attitudes came through from respondents interviewed for this study.

The Language Is the Music: Perceptions of Authority and Authenticity in Hawaiian Language Composition And Vocal Performance

Maisin: A grammatical description of an oceanic language in Papua New Guinea 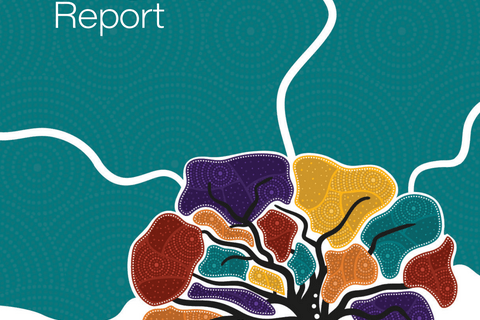 A guide to using respectful and inclusive language and terminology