• This report is the second in a series of investigations into spatial changes in population, employment and commuting in our largest cities.

• Melbourne’s working zone population increased by 630 000 persons between 2001 and 2010 to reach 4.2 million, at an annual growth rate of 1.8 per cent. Fifty eight per cent of the population increase was accommodated in the Outer sector, particularly in the Growth Area LGAs of Casey, Cardinia, Hume, Melton, Wyndham and Whittlesea (the following map presents sector and relevant LGA boundaries). Redevelopment of existing suburbs, including a shift to high density development in the inner city, also accommodated some of this population growth.

• Melbourne employment increased by 111 200 jobs from 2001 to 2006, of which 51 per cent was in the Outer sector. The major contributors to jobs growth were Southbank-Docklands (which added 10 500 jobs), Wyndham North (8100) and Greater Dandenong Balance (5500). Melbourne Airport and the Monash University/ Health Research Precinct also made important contributions to jobs growth. Melbourne maintained strong employment growth between 2006 and 2010, averaging 2.5 per cent per annum growth.

• The industry drivers of jobs growth varied across Melbourne. In the Inner sector, the main contributor was Government administration and defence, while it was Health and community services in the Middle, Outer and Peri Urban sectors.

• Melbourne is a car dependent city, with 77 per cent travelling to work by private vehicle in 2006. The commuter public transport mode share rose from 12.4 to 13.2 per cent between 2001 and 2006, with 78 per cent of the increase involving travel to a workplace in the Inner sector.

• Commutes in an inward direction (37 per cent) dominate those in an outward direction (9 per cent), while 24 per cent of all commutes occur within the home Statistical Local Area (SLA) and 22 per cent are to a different SLA in the home subsector. Commutes from one Outer subsector to another grew most rapidly between 2001 and 2006.

• From 2001 to 2006, commuting distances remained stable in Melbourne, but there was an increase in average commuting times, brought about by reduced speed.

• Gravity model regression analysis reveals that the spatial distribution of residents and jobs throughout the city explains 70–75 per cent of the current pattern of commuting flows between SLAs in Melbourne. The spatial growth in employed residents and jobs also played an important role in explaining over two‑thirds of changes in commuting flows between 2001 and 2006.

Long distance commuters in Australia: a socio-economic and demographic profile 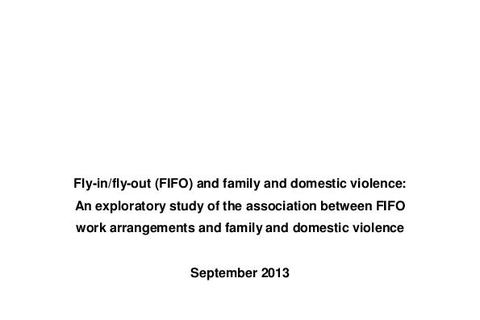